Did Texas Hand Biden a Lifeline? 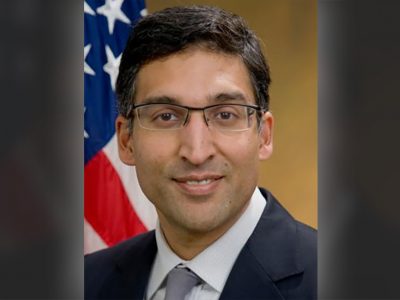 There's been a transformation in this country over the last 10 years.

In 2010, Neal Katyal, then a lawyer in the Obama Justice Department, became the face of the "al Qaeda 7"—a group of lawyers who went from repping the terrorists bent on America's destruction to repping the American people at the Department of Justice.

When Liz Cheney demanded that the Justice Department disclose their names, the backlash was immediate and fierce. Lawyers across the political spectrum rallied behind the principle that a lawyer's clients bear no reflection on the lawyer himself.

The lawyer who provides for his family by defending child molesters and murderers—he provides a necessary service and deserves our appreciation.

Ten years later and the worm has turned. The Trump campaign's lawyers are now excoriated in the New York Times, which cried McCarthyism when it was Democrats like Katyal who took on unsavory clients.

And now Katyal himself has come full circle. After years of posturing and preening in the Obama administration followed by stints as acting solicitor general of the United States (acting only thanks to the good work of now Rep. Liz Cheney (R., Wyo.) who, by spotlighting Katyal's work for al Qaeda, made him unconfirmable in the Senate) and resident Resistance pundit on CNN, he found himself again before the Supreme Court on Tuesday defending corporations accused of abetting child slavery.

This time it wasn't pro bono, and Nestlé and Cargill got every penny's worth.

Justice Clarence Thomas asked Katyal to explain why corporations weren't obviously liable for their involvement in the enslavement of children. Katyal responded that his clients are merely accused of "aiding and abetting" slavery, for which there is no black letter liability.

Justice Samuel Alito asked Katyal whether a U.S. corporation that "makes a big show of supporting every cause du jour but hires foreign agents to kidnap children and keep them in bondage on a plantation" might be liable when those children, somehow emancipated, grow up and sue in U.S. court. Katyal responded that they would not have redress in an American court under those circumstances because there would be "no domestic injury."

Consistency is an overrated principle in life and politics, but one principle we have consistently held is that lawyers should get no special dispensation for representing the scum of the earth. When they defend Fortune 500 companies from charges of aiding and abetting child slavery for $2,000 an hour, let's call them what they are: mercenaries.

Did Texas Hand Biden a Lifeline?