The group tweeted the insult shortly after McEnany, shown playing with her infant daughter, was featured in a montage of women who have served in senior positions in Trump's White House and campaigns. The group took the tweet down only a minute later. 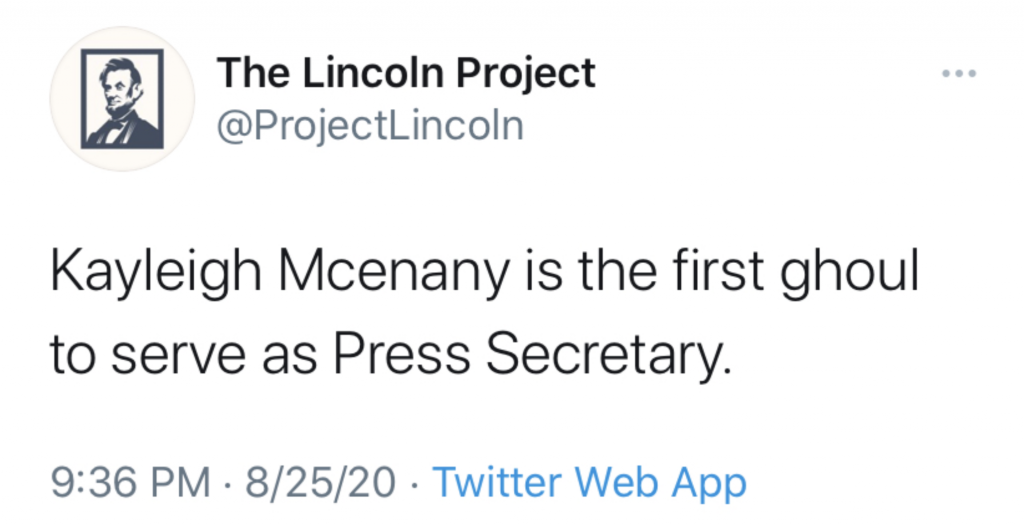 McEnany is only the fifth woman ever to hold her position, albeit the third during the Trump administration. The Lincoln Project earlier on Wednesday slammed a conservative writer for "attacking strong, intelligent women as silly and stupid."

This marks the second time in as many days the group has deleted a tweet. On Monday, it disseminated a viral falsehood that an RNC audience member directed a racial slur at former President Barack Obama. Though the audio clearly showed a man yelled "Spygate," the group accused him of yelling "monkey" and said Trump relished in the insult.

Founded by former and current Republicans who oppose Trump, the Lincoln Project has drawn criticism for stealing content from other online creators and funneling donations to its board members' own firms.