In reality, the president, addressing the Republican National Convention on Monday, jokingly chided an audience member who shouted, "Spygate!"—a reference to the Obama administration’s surveillance of the Trump campaign.

Several Twitter users alleged that the audience member had shouted, "monkey," an accusation that the anti-Trump Lincoln Project was quick to amplify.

"When President Trump mentioned Obama, someone from the crowd shouted, "Monkey!" and the president relished in it. Disgusting. Do you approve of this @ThomTillis?" the group tweeted.

The Trump campaign said the man had in fact shouted, "Spygate," but not before the Lincoln Project’s accusation had garnered more than 17,000 retweets. The group deleted the tweet shortly thereafter without explanation. 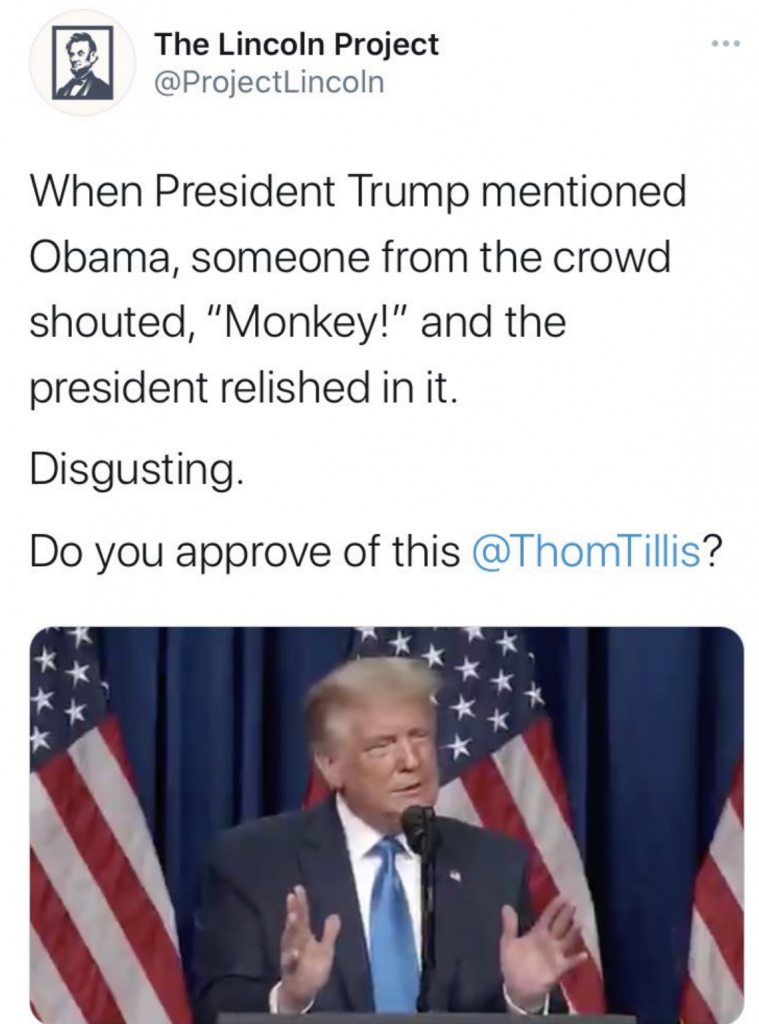 Yes, because President Trump demures at the mention of the 'spy gate" lie.

The false accusation has nonetheless spread across the liberal blogosphere, with the left-wing website Raw Story publishing a piece repeating the accusation and Talking Points Memo publishing a similar account.

Critics have attacked the Lincoln Project for stealing online content from other creators and funneling donations to its board members' own firms. Founded by former and current Republicans, it has received favorable media attention for its attacks on Trump and his Senate Republican supporters.