The drag queen invited to perform for congressional Democrats during their policy retreat referred to President Joe Biden as "senile" and a "white supremacist" and called his voters "dim-witted."

Lady Bunny, an "iconic drag queen" scheduled to perform on Wednesday during the Democratic retreat in Philadelphia, has spent much of the last year criticizing virtually every aspect of Biden's agenda and some congressional Democrats as well. On Feb. 19, for example, Lady Bunny said Biden's "word, especially on foreign policy, is worth nothing."

On April 26, 2021, Bunny called Biden a "senile conservative" who has been "accused by 8 women" of sexual misconduct. Only someone in a "cult" would bother supporting him, Bunny wrote.

"Maybe the dim-witted (or well-off) boomers who voted for Biden will see who he is after he privatizes Medicare AND cuts their Social Security?" Bunny tweeted on March 3.

Bunny is scheduled to perform on the opening night of the Democratic Party's self-described "Issues Conference." Other events scheduled include "Understanding the Challenges of the She-cession" and "Cocktails, Canvases, and Connections," where Democratic lawmakers can "explore your artistic side by painting a one-of-a-kind masterpiece on canvas while enjoying some refreshments." 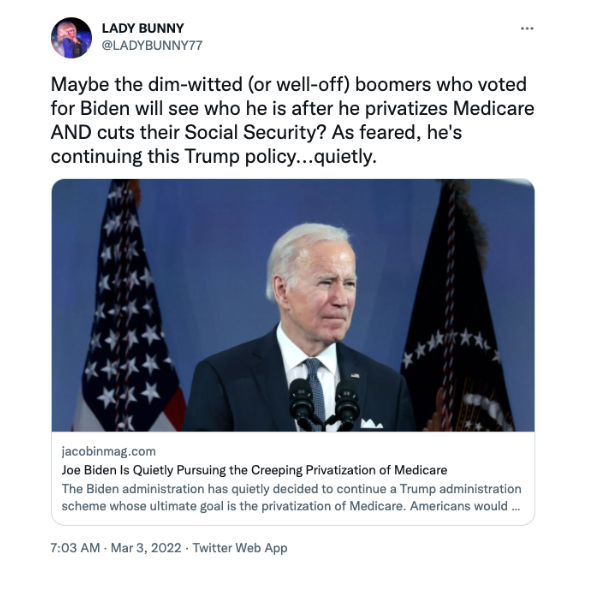 Biden's support for the 1994 Crime Bill, Bunny said on Jan. 30, 2022, has "many activists" claiming he's a "white supremacist." And his response to the COVID-19 pandemic, Bunny said on Feb. 7, has been worse than his predecessor's.

"More died under Biden than Trump and that's after we had a vaccine," Bunny wrote in response to another Twitter user who claimed if Hillary Clinton was president, the United States would have fewer coronavirus deaths.

Given Biden's age, 79, Bunny questioned on Jan. 30 why he would wear an "ill-fitting mask." But she doesn't just reserve criticism for Biden. A month earlier, Bunny replied to a tweet from Rep. Eric Swalwell (D., Calif.), who complained about unvaccinated people being allowed to fly, criticizing him for wearing an ineffective mask and asked whether he was aware "that vaccinated people can also transmit and get COVID?" 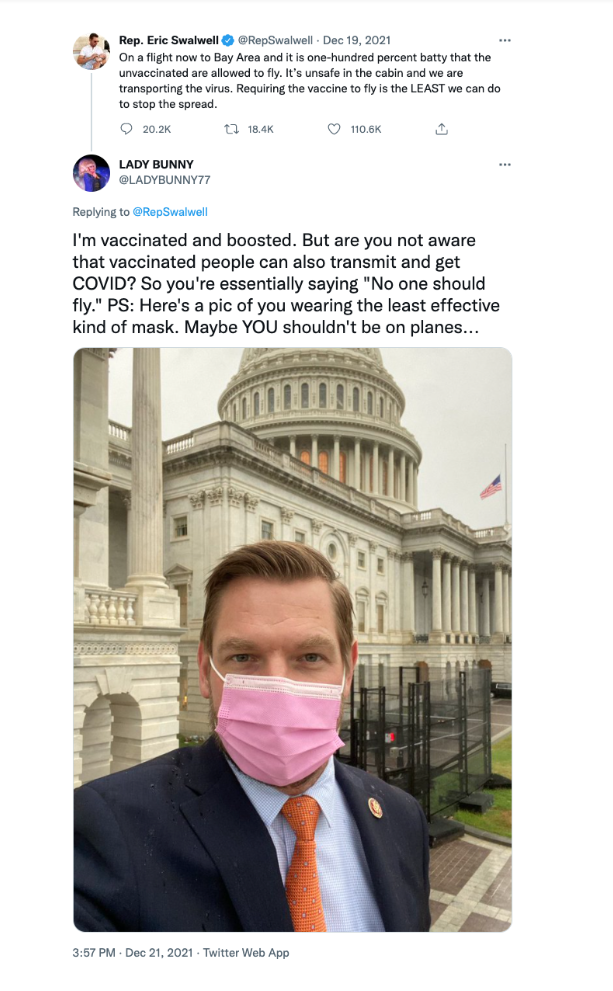 "Maybe YOU shouldn't be on planes," Bunny told Swalwell.

In November 2021, Bunny noted Vice President Kamala Harris's tremendous unpopularity and lamented how the media want the public "to be excited" about her role "due to her race and sex." But for her, the prospect of a President Harris seems less horrifying than President Hillary Clinton. 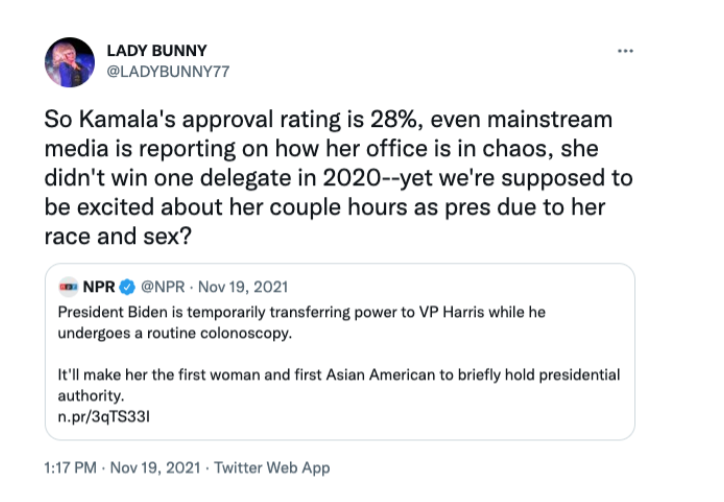 "Wow. If Democrats go this route, they are begging to lose," Bunny tweeted on Jan. 12 in response to news stories about the prospect of a third Clinton presidential run. "What will the slogan be? ‘We know Joe's a corporate hawk and a liar. But unlike Biden, Hillary's not senile!'" 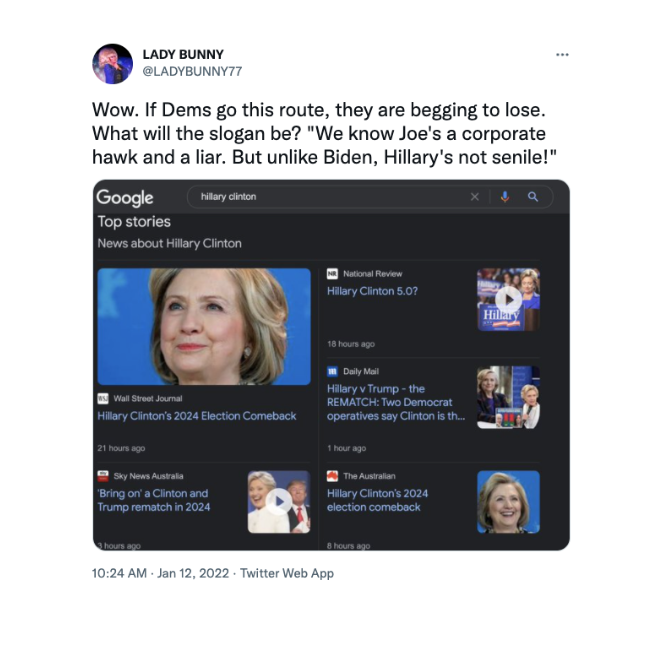 Bunny's scheduled performance will be hosted by Democratic Congressional Campaign Committee chairman Rep. Sean Patrick Maloney (D., N.Y.). In an interview last year with the New York Times, Maloney said his party's strategy to maintain their House majority is to get Biden "out there all around the country and do events in local media markets."