Democratic politicians keep flaunting their bare faces in front of masked children, the Washington Free Beacon has observed. This trend is in keeping with the Democratic Party's longstanding war against America's children and reflects the egregious cruelty and deranged hubris of the party's elected leaders.

Stacey Abrams, the self-proclaimed governor of Georgia who is running in 2022 for self-proclaimed reelection, recently appeared in what will likely be remembered as the most outrageous and offensive photographs of the midterm election cycle. Last week, Abrams bared her face while she posed for a photo with dozens of masked students during her visit to Glennwood Elementary School in Decatur. 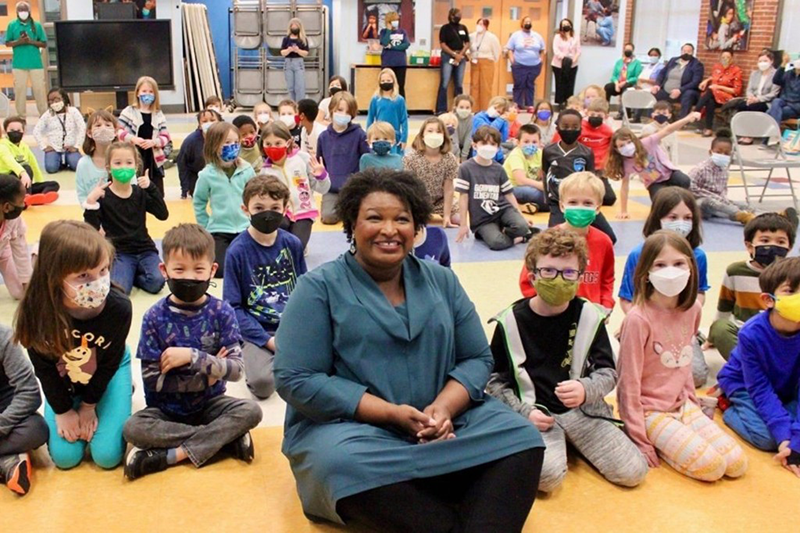 Why it matters: Glennwood Elementary is part of the DeKalb County School District, which has a student mask mandate in place for the remainder of the school year. Both Abrams and the school's principal, Dr. Holly Brookins, posted the photo on Twitter before deleting it in the face of widespread criticism.

What they're saying: Abrams and her allies in the mainstream media responded in typical fashion. Abrams played the race card, attacking her "shameful" opponents for launching a "false political attack" during Black History Month. Her statement, posted on Instagram, did not address her decision to bare her face in front of the masked students or elaborate on why criticizing the outrageous photo was a "false" "attack."

Meanwhile, the Washington Post wrote the following headline to accompany an article about the Abrams mask scandal: "GOP rivals seize on Stacey Abrams's maskless classroom photo as her campaign calls criticism ‘silly.'" (No, we aren't making that up. It's real.)

Of note: Days after the incident, in what may or may not be a related development, the Abrams campaign announced it was hiring a social media platforms director whose duties will include managing "approval process for all outbound social media content."

Be smart: Abrams's obesity places her at a higher risk of developing severe symptoms due to COVID-19, according to the Centers for Disease Control.

The big picture: Because this is a trend piece, we will now cite two other examples of Democratic politicians flaunting their faces in front of masked children.

Rep. Elissa Slotkin (D., Mich.) showed off her "selfie skills" over the weekend, posting a photo from a campaign event in Owosso. All of her constituents, including at least two children, are wearing masks in the photo. Slotkin is not. 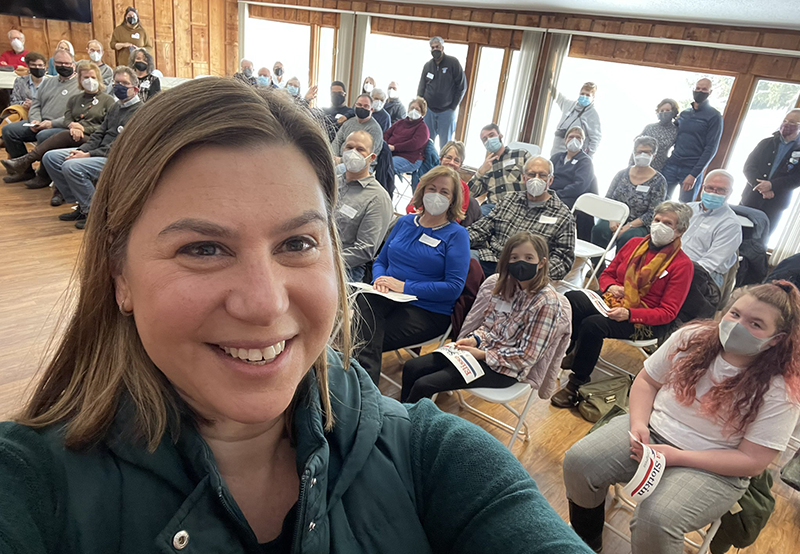 Last week, Rep. Jamaal Bowman (D., N.Y.) posed with students at a high school that forces students to wear masks in accordance with New York's indoor mask mandate. Bowman flouted the state guidelines by flaunting his face in front of the masked children who participated in the photo op.

The bigger picture: Just days before Abrams, Slotkin, and Bowman were exposed for flaunting their faces in front of masked children, Democratic leaders in California were caught violating their own mask mandate while partying with billionaires and celebrities at the NFC championship game in Los Angeles.

Gov. Gavin Newsom was spotted without a mask, as were San Francisco mayor London Breed and Los Angeles mayor Eric Garcetti, who claimed he was holding his breath while posing for photos with celebs during the game. "There is a zero percent chance of infection from that," the elected Democrat said, presumably because he thinks his constituents are idiots.