The Washington Post took four hours to correct a story that referred to a fake op-ed on the satirical site Clickhole as genuine.

The Post article follows the true story of British protesters campaigning to make the Green Day song "American Idiot" the number one single in the U.K.

But it claimed that "despite the song's ubiquity, Armstrong waited 13 years to reveal – in an article he wrote for Clickhole.com – that the ‘American Idiot' was President George W. Bush." The reference to what Green Day frontman Billie Joe Armstrong supposedly said about "American Idiot" was in fact a reference to a satirical op-ed attributed to the musician.

this fuck-up is so pure it makes me weep pic.twitter.com/JOHHioqIAF

The article further quoted from the satirical Clickhole piece: "‘The main reason we made George W. Bush the ‘American Idiot' is because he started a war,' Armstrong wrote."

The satirical op-ed includes tells that it isn't genuine other than its source, including the line, "While we agreed that our fans deserved to know the whole truth eventually, we also believed it was just too much of a bombshell to drop into American consciousness at the time."

"Great art is often ahead of its time, but you can’t force the public to be ready for it," it continues, ending with "Well, that’s it from me. Until next time, Greenheads!"

Late in the morning, four hours after the article's publication, the Post tweeted its correction.

This story has been updated to remove material attributed to a satirical Web publication, Clickhole. https://t.co/qxLXFS84Pw

An editor's note was added to the beginning of the piece, noting the correction.

"A previous version of this report included information about the meaning of ‘American Idiot' that was attributed to a Clickhole.com article. Clickhole.com is a satire site. The information has been removed from the story," the note reads. 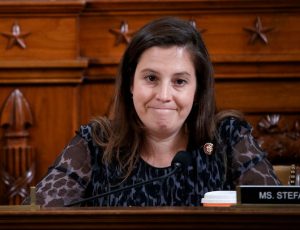 WaPo Reveals Photoshop Is Problematic If It Targets Dems