Hosts Joy Behar and Meghan McCain engaged in a heated debate about socialism on "The View" Tuesday.

"I agree with you," Sunny Hostin said.

Hostin proceeded to describe the platform of Ocasio-Cortez, a Democratic Socialists of America member, which includes support for Medicare for all, fully funded public universities, and housing as a human right.

McCain quickly pushed back against Behar and Hostin. "The problem with socialism—in the words of Margaret Thatcher—at a certain point you run out of spending other people’s money. Venezuela [was] one of the richest countries in the world in the '70s. Now the average Venezuelan has lost 24 pounds because they’re starving to death; 90 percent of the country is living in poverty."

Behar suggested Scandinavian countries were a better analogue for Ocasio-Cortez’s platform than Venezuela. She listed a number of countries in which she said socialism has worked, including Sweeden, Denmark, Norway, Finland, and Iceland.

McCain was not convinced. "Every democratic socialist who is going on TV saying that it’s good needs to start paying 90 percent in taxes. On your tax form, I think you should start paying the amount of taxes that every socialist in this country thinks you need to, because if you think the government’s so good at spending money, look at the VA—"

"I just told you several countries that do it," Behar said, cutting her off.

"I’m sorry, these [Scandinavian] countries with a population of 300,000 people in no way can be related in any way comparably to the United States of America," McCain retorted.

"Comparing the United States of America to a small country in Europe is delusional, and I’m sorry, some of us do not want socialism to be normalized in this country," McCain concluded.

McCain's argument reflected those of a number of researchers and analysts, including Iranian-Swedish Author Nima Sanandaji, author of Debunking Utopia: Exposing the Myth of Nordic Socialism. Sanandaji wrote in Foreign Affairs in 2016 about "How American Admirers Get Scandinavia Wrong."

Admiration for the Nordic welfare state runs deep among U.S. academics, journalists, and politicians on the left. It’s easy to understand why—at first glance, the Nordic countries appear prosperous yet enjoy equal distribution of wealth and good social outcomes. A closer look, however, shows that what American liberals like about Nordic societies is not a product of socialism. The success of Nordic countries has more to do with their unique culture—and free markets—than with their welfare state policies.

He further pointed out in a 2016 article for National Review that Denmark, a country idealized by democratic socialists like Sen. Bernie Sanders (I., Vt.), has undergone reform in recent years to reduce welfare payments.

Since 2015 a center-right government has been in power in Denmark. They have, not surprisingly, continued on the path of welfare reform. After winning the 2015 general election, the government has, among other reforms, introduced new, considerably lower welfare benefits for immigrants. The lower payment is equivalent to about half the amount received by those on normal unemployment benefits. The new rules were expanded on July 1 of this year to retroactively include any refugee registered in Denmark within the last seven years. The government and its supporting parties recently announced that the savings on welfare payments would be used to reduce taxes.

Fetterman to Appear on ‘The View’ for Pre-Election Interview 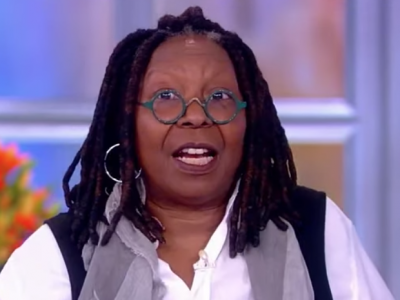