Feature: Why Judee Sill and Carolanne Pegg make me question my fear of witches

I'm more than a little terrified of witches. So far from thinking that they are a harmless bunch of dorks playing around with tarot cards and soothing crystals, I agree with Fr. Montague Summers that the witch is "an evil liver: a social pest and parasite: the devotee of a loathly and obscene creed: an adept at poisoning, blackmail, and other creeping crimes: a member of a powerful secret organization inimical to Church and State: a blasphemer in word and deed." So what if they think that The Wheel and The Chariot are only symbols of natural forces? Satan doesn't care.

But it gets a bit murky sometimes. Not everything with a "witch" in it is unspeakably hideous. Kiki's Delivery Service is the most charming film ever made. Sylvia Townsend Warner's Lolly Willowes is one of the best novels of the last century. Even Harry Potter, one admits reluctantly, is probably merely bad rather than evil. Which is why I don't think I'm endangering my soul by being a fan of the very mildly witch-themed folk singers Judee Sill and Carolanne Pegg.

To understand the appeal, it's best to look at Sill and Pegg in context. The late '60s were a strange time. Millions of people whose imaginations had been disordered by, well, the sorts of things I generally write about in this column were desperate to believe in something—anything. There was not a great deal of Christian orthodoxy going round, but there was a burgeoning interest in Tibetan Buddhism, gurus, LSD, Aleister Crowley, that sort of thing. Tolkien was huge. People were scribbling "Frodo Lives!" on the walls of New York subway stations. One guy in Greenwich Village who used to dress up as Gandalf for his shows even made a whole record about what it's like to pretend that Manhattan is Mordor.

People wanted something to believe in as much as, if not more than, they wanted somebody to love. A lot of art came out of it. The best pop album ever made, one that I have given credit for helping me to believe in God again, Van Morrison's Astral Weeks, is a religious record by way of Kahlil Gibran and warmed-over neo-Platonic cosmological superstitions. Judee Sill's self-titled LP is no Astral Weeks, but it's better than anything Joni Mitchell ever did. The album cover, which features Sill wearing all black and a large golden crucifix looking away from us with a kind of embarrassed interest, sets the mood perfectly. This is a sad, gentle, wistful album about the difficulty of belief from someone who's been plugging away at it for a long time. "Crayon Angels" is a confession of Sill's failures with "crystal rings" that have "made my fingers green," and with the "phony prophets" who "stole the only light I knew." Her "holy visions" have fled. In "Jesus Was a Crossmaker" she begs "Sweet silver angels over the sea" to "come down flyin' low for me."

In addition to being a lyricist of near-genius, with a sort of faux-primitive Stevie Smith-like charm, Sill was a talented arranger. (She once claimed that her two biggest influences were Ray Charles and Bach.) She had some of the most talented session players in Los Angeles playing for her, and her songs are full of conventional pop hooks. Still, it is not difficult to understand why, despite touring with Crosby, Stills, and Nash, Cat Stevens, and my man Gordon Lightfoot, she failed to achieve much in the way of chart success. Her music was too earnestly painful for a folk-pop audience sated with Paul Simon, James Taylor, and (heaven help us) Dan Fogelberg. Her biography is one of the most wretched and unfortunate in show business, full of disappointed romances—with men and women—and heartbreaking physical and emotional abuse. In the mid-'70s she turned to prostitution and lived with a violent partner in a trailer park. She died of a drug overdose in 1979 before completing her third album.

Carolanne Pegg is a breezier affair. Her self-titled album, the only record she ever made as a solo artist, is a straightforwardly enjoyable listening experience for anyone interested in the British Folk Rival. She is not exactly pouring her heart out on tracks like "A Witch's Guide to the Underground" and "The Sapphire" ("A sapphire I will bind / To soothe my aching soul / And ease my troubled mind"). The songs are jolly little squibs, slices of life, tales of what it would be like to be a practicing sorceress in the grim and dingy world of Harold Wilson's England. Her level of engagement with mysticism is more of a piece with Pentangle or Steeleye Span than Veedon Fleece. The musicianship is first rate, especially the fiddle and guitars, as you would expect from someone who played with most of the extended Fairport Convention and Fotheringay families at one time or another. How much you enjoy the record will basically come down to how tolerant you are of what one eminent critic has called "flute-rock shit from Canterbury." It has its fan base, okay?

For all that, Carolanne Pegg is very difficult to track down. Sill's LPs were reissued on vinyl not long ago, but unless you're willing to shell out at least $70 Pegg is impossible to find on CD or, apart from a handful of tracks, on YouTube. She doesn't even have a Wikipedia page. She does, however, have an online faculty profile, under "Dr. Carole Pegg," at Cambridge, where she has been a member of the music department specializing in Mongolian folk singing and dance for many years. You have to admit that that's pretty strange, like finding out that some guy who played drums for Greg Lake wrote a dissertation on Heidegger and is now the deputy head of the philosophy department at Eastern Michigan University. Maybe she can get a grant to reissue the album before I go broke trying to press copies on friends. "Thou shalt not suffer a witch to live" is not a text that applies to pop music. 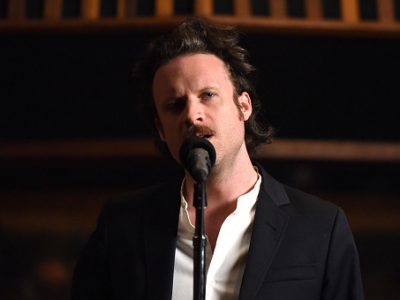