How I Learned to Love ’90s Country-Pop

Pop life: Trisha, Toby, and The Chicks were better than Archers of Loaf

For people who are serious about music, the internet was an extraordinary blessing. How else can you expect a teenager in the wilds of Michigan to come by Blind Blake or pre-"Rader Love" Golden Earring or the entire discography of Sidney Bechet? For everyone else, though, it's a mixed bag at best. I will not shrink from saying that it would be better if some of us had waited until last year to discover BMX Bandits if it meant that an entire generation of college students had not gone through successive YouTube-enabled Bob Marley and Tom Waits phases. Why? Because sooner or later Waylon is going to come on the digital jukebox at a bar and someone in his 20s is going to say, with lumbering pseudo-profundity, between knowing sips of UFO Raspberry Heffeweizen, "I like country but not, you know, new country."

This is one of the five or so worst commonly expressed musical opinions. I know from experience because I used to espouse it. Now I know better. To think that country music went quietly in the space of two decades or so from the towering heights of Rhinestone Cowboy to the nadir that is "Honky Tonk Badonkadonk" is an extraordinary act of musical fideism. The songwriters and session musicians and label execs and hangers-on of Nashville and Bakersfield were not raptured sometime between the releases of Highwaymen and Van Lear Rose, a new country album that nerds pretend to like because they own all of Loretta Lynn's '60s LPs but which they really only know about because of their fellow nerd Jack White. (To be fair, producing it is the most important thing White ever did, with no close competition.) Sure, hip-hop and the Spice Girls have by now more or less completed their musical revolution, banishing melody and real instruments from the pop charts and leaving the red states with stale country-rap. But for a brief period during the administrations of Bush the Elder and Bill Clinton, mainstream country had a kind of silver age. 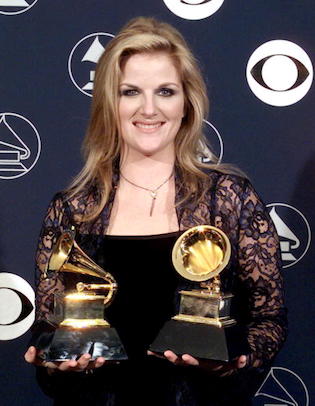 Enough vitriol, though. I come to praise Shania, not to bury her critics in a heap of deserved abuse. The person I want to start with, though, is Trisha Yearwood, a former straight-A student and MTM Records intern discovered by Garth Brooks, who just happens to be her husband now. Trisha's first two albums are banger-filled classics. If you can listen to "She's in Love with the Boy" without almost wanting to tear up, you are a heartless snob. Her version of "Woman Walk the Line" is—that's right, I'll say it—better than Emmylou's. She made a throwaway Christmas record before making her third proper LP, 1995's Thinkin' About You, the first single from which, "XXX's and OOO's (An American Girl)" is not only the best thing she ever did but my vote for one of the five or so best tracks of the decade. Stephen Malkmus was writing better songs about this time, but you'd be pretty hard pressed to come up with many other names.

The charge that is going to be leveled at most of the other people who will come up in this column is that, as far as arrangements go, they stray too far into pop or rock territory. This is silly. The last time I checked, Glen Campbell's classic mid-'60s output sounds almost nothing like what Buck Owens was up to at the time. Country is a house with many mansions. Who cares if the intro of "Rosemary's Granddaughter" sounds like it could be a Built to Spill B-side? The song is a stone-cold banger. 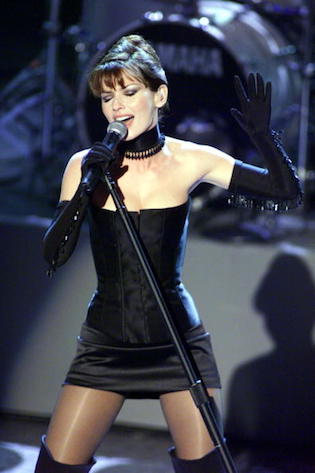 If Shania Twain had wanted to hire a bunch of old guys who had played with Bobby Bare to lay down a sick fiddle on "Don't Impress Me Much," she could have. She didn't feel like it. It's still a classic, pop crossover number-one or no. The Dixie Chicks generally get less guff for this, and for good reason: They were brilliant country formalists, albeit with wide-ranging taste. After years of silence I am finally ready to come out of the closet and say that their "Landslide" is an improvement on Fleetwood Mac's in every possible way, from arrangement to vocals. Heck, they look cooler in the video than Stevie and Lindsey did circa 1975.

I don't want to make it sound like '90s country was only about the ladies. Toby Keith's "Should've Been a Cowboy" has gated reverb for days. It also passes the ultimate musical test: It is one of the first songs you want to put on when you come home from the bar around 2:00 a.m., light up a cigarette, and realize there are three beers left in the fridge. If you can listen to "The Thunder Rolls" without getting chills and wanting to cross yourself, then congrats, you're a tougher hombre than yours truly.

What else bears mentioning? Do I actually need to point that anyone who sneers at Alan Jackson's "Tall Tall Trees" doesn't realize that this song is actually a late '50s George Jones deep cut that even the Possum himself didn't remember recording? Jackson dug it up because he probably knew more about country by the time he was eight than you ever will. Does anyone not love "Friends in Low Places"? Everyone admits that the only thing more killer than David Lee Murphy's look in the music video for "Dust on the Bottle" is the song itself, right? 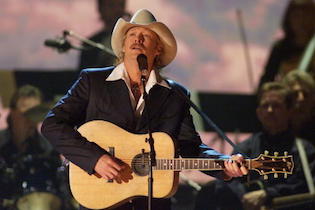 Not all the best stuff topped the charts, and even some stuff that came pretty close is not as remembered as it should be today, even by avowed fans. Tim McGraw's "Indian Outlaw" will make you scratch your head and wonder why this guy ever thought it was a good idea to try to cross over with lame Elton John covers. John Anderson's "Seminole Wind" is the best country song by a Canadian since Neil Young's "Comes a Time," if not since Ian Tyson's "Four Strong Winds."

All of this is to say that if you're young-ish and your parents were, like mine, too busy still carrying the fire for Quiet Riot and Guns ‘N Roses or helping to make Nelly and Snoop Dogg, né Doggy Dogg, millionaires, you probably didn't take in much of this. But as I've learned, it's never too late to play catch up. You can get any of these albums on tape at your local Goodwill for $.50. Sammy Kershaw is waiting.

All the News That Gives You Fits