Foundation launched in 2010 for Spacey's work with 'young actors'

The Kevin Spacey Foundation has killed both its website and Twitter account following Washington Free Beacon inquiries into whether Spacey would continue his work with young actors. The inquiries were made after a string of sexual assault accusations that were sparked by a story of Spacey making sexual advances on a 14-year-old boy.

Representatives for both Spacey and his foundation have yet to respond to emails, but action has been taken to hide the foundation's public profile. The website (www.kevinspaceyfoundation.org), which was active as recently as Thursday at 3:00 p.m., has now been taken offline. Its Twitter account, @KS_Foundation, has also been deleted from the social media website. The Washington Free Beacon reached out to Spacey representatives again moments before the website went offline.

An archived version of the website can be viewed here.

The Free Beacon's initial inquiry into the status of the foundation came after actor Anthony Rapp told BuzzFeed that when Rapp was 14 years old, Spacey threw him on a bed and crawled on top of him. Spacey said he did not remember the incident but was "beyond horrified" at the accusation, and that Rapp was owed an apology if the incident did happen. Spacey also came out as gay in his initial statement.

Spacey founded the nonprofit in London in 2010, and later expanded the foundation to the United States. The foundation's mission is to provide mentorship and grant opportunities to "school children, young people and emerging artists in the performing arts and film." Spacey held auditions with 1,200 young artists through the foundation by 2015. 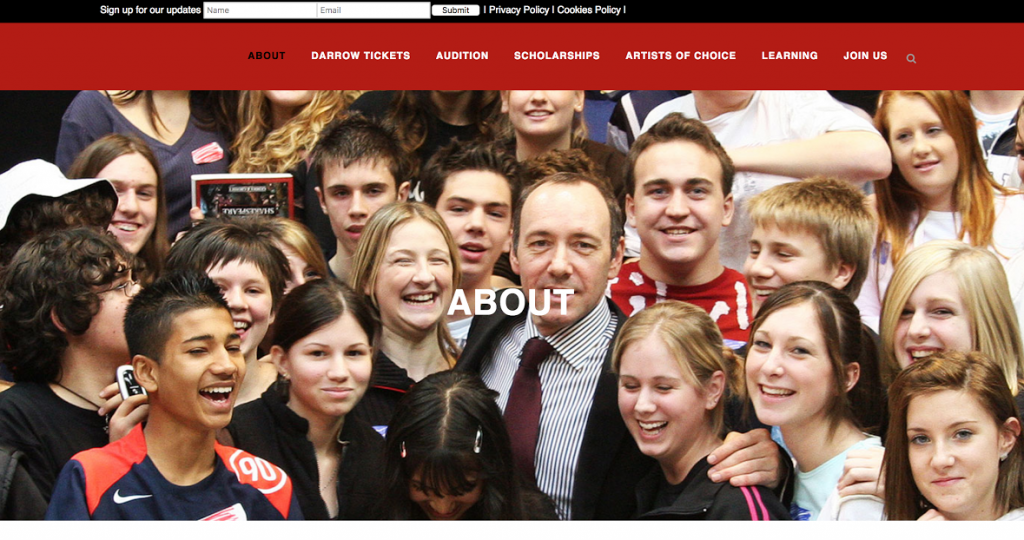 Accusations from men saying they were targets of sexual advances by Spacey when they were teens continued to flood in on Wednesday and Thursday, most recently from a man who told Vulture that he had a sexual relationship with Spacey when he was 14 and Spacey was 24. The man says he first met Spacey when he was just 12, taking an acting class Spacey was teaching. Two years later Spacey tried to rape him.

Other accusations have come from a filmmaker who says Spacey grabbed his crotch forcefully at a public event, an actor who says Spacey "routinely preyed" on young actors as creative director of London's Old Vic Theatre, and a London man who says Spacey showed him his penis and then tried to get him to touch it. The last incident happened in 2010, the same year Spacey launched the foundation.

A Spacey representative released a statement on Wednesday saying, "Spacey is taking the time necessary to seek evaluation and treatment. No other information is available at this time."

Spacey's foundation made no announcement corresponding with its decision to take down its website and Twitter account, which was reviewed by the Washington Free Beacon as recently as Tuesday.