Kimmel has routinely condemned Republicans' efforts to repeal and replace Obamacare, and the latest proposal put forward by Sens. Lindsey Graham (R., S.C.) and Bill Cassidy (R., L.A.) has been no exception. His monologues this week have particularly focused on criticizing Cassidy, and he called Fox News personality Brian Kilmeade a "phony little creep."

Kimmel added Kennedy to his list of offenders after the senator appeared on Fox News Thursday and brushed off Kimmel's criticism of Cassidy, his Louisiana colleague. Kennedy pointed out that while the late-night host is a "funny guy," he is not a health care expert, Roll Call reports

"Our biggest opponents appear to be at this point Sen. Bernie Sanders and Jimmy Kimmel," Kelly said. "Bernie is Bernie. I don't know Mr. Kimmel – he's a funny guy – but I don't think anybody would confuse him with a well-respected health care expert."

Cassidy, in comparison, is a physician.

"I should not be the guy you go to for information about health care, and if these guys — like inbred John Kennedy — would tell the truth for a change, I wouldn’t have to," Kimmel said.

Earlier in the week, Kimmel had called Cassidy a liar over comments the senator previously made about health care reform. From Kimmel's perpective, the senator went back on his word by supporting the current reform bill.

Health care has been a frequent topic for Kimmel on his show ever since his son was born with a congenital heart disease and needed surgery shortly after birth. 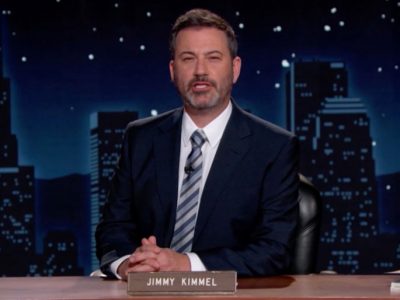