The dogs, who had all recently been honored at the American Humane Association's (AHA) Hero Dog Awards, appeared before an overflow crowd that included congressmen from both parties at the Cannon House office building. Their owners and handlers spoke on their behalf, advocating for a number of issues including adoption of the National Defense Authorization Act (NDAA). The act, which includes a provision ensuring military dogs are returned to the United States at the end of their service, was vetoed by President Obama over funding concerns.

The bill was passed with large bipartisan majorities in both houses of Congress. The vote was 270-156 in the House of Representatives and 70-27 in the Senate. If those numbers hold, the Senate would be able to override the veto, but the numbers in the House would require representatives to switch their vote.

AHA said they were targeting 12 congressmen in particular.

"We're down to 12 members in the House to override the veto threat that President Obama has made," AHA president Robin Ganzert said. "So if we can get to those 12 members and make sure they support the NDAA with the possible veto threat then our military dog legislation we have been fighting for more than a year will become reality." 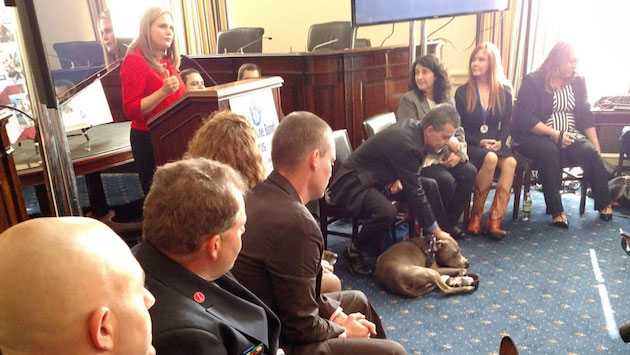 Ganzert said making it easier to bring retired military dogs home and allowing their handlers to adopt them is more important than ever.

"Did you know that today there are more dogs serving in wars in theaters of terror than ever before?" Ganzert asked.

"There's more war dogs now in Iraq than there had been during the surge. So we're hearing from those in service that these dogs have been so successful but now they're being deployed in record numbers. So I want to make sure that those dogs, when it's time for their retirement, get that ride home."

The dogs represented at the hearing provided a wide range of help to their owners and their communities. There was a service dog, a therapy dog, a police dog, an arson dog, a signal dog, as well as dogs that serve as symbols for movements to help retired military dogs and dogs bred in puppy mills. Each one had their own compelling story and received an award from the AHA.

The Arson Dog of the Year, Glory, has helped investigators determine the cause of hundreds of fires in Wisconsin by sniffing out whether or not accelerants are present at the scene. Chara, the Hearing and Guide Dog of the Year, saved a two-week-old boy by alerting his mother when the baby had suddenly stopped breathing one night. 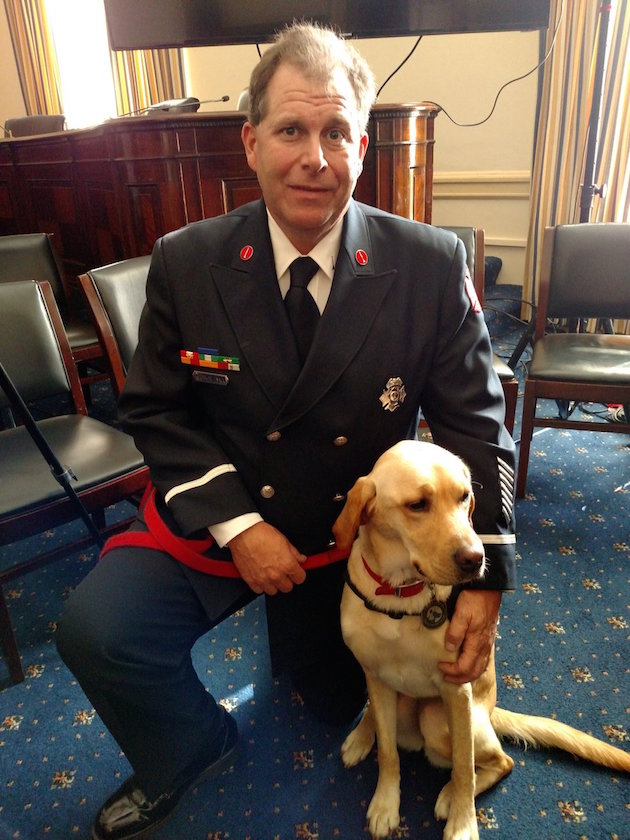 Glory, Arson Dog of the Year

Dax, the Law Enforcement Dog of the Year from Massachusetts and the first canine to be awarded the state's Medal of Valor, saved his handler's life during a raid on an armed suspect.

"We were involved in the apprehension of a suspect that, we didn't know it at the time, but he ended up being armed with a shotgun," Officer Chris Alberini said. "During the search for the suspect, Dax found him, made contact with him, and ended up biting him in the leg long enough for the suspect to drop the weapon and for me to approach and actually get hands-on."

"It was very clear that cops would have died that day if it wasn't for this dog."

Harley, who was named Hero Dog of the Year 2015, has become the face of dogs abused by puppy mills and even has his own Facebook page. After living for a decade in a cage and losing his left eye, Harley was rescued by Rudi Taylor. 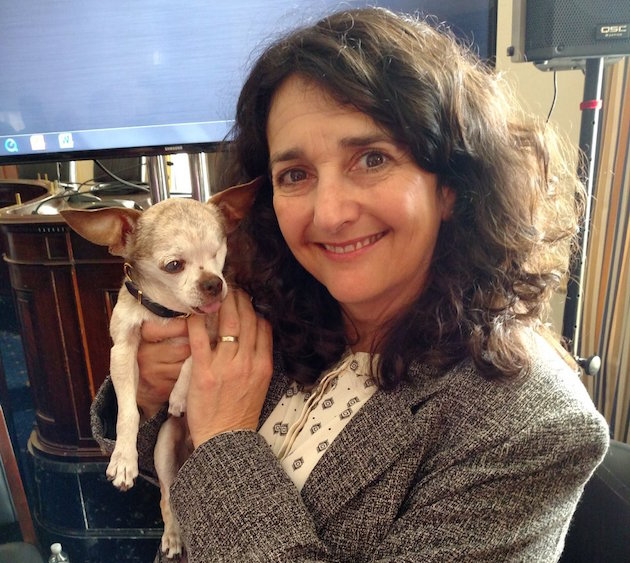 The Military Dog of the Year, Sgt. Rambo, was injured during his military training with the Marine Corps and lost his left front leg. Lisa Phillips, who adopted Sgt. Rambo three years ago, helped author the military dog provision included in the NDAA.

"We've been advocating with Congressman [Walter] Jones (R., N.C.) and Senator [Richard] Blumenthal (D., Conn.)," Phillips said. "It was so great for AHA to get on board and help with that mission."

A vote to override President Obama's veto of the NDAA is not currently set. The Hero Dog Awards will be broadcast Oct. 30 on the Hallmark Channel.