George W. Bush, whose time as president was defined by heroic leadership, unprecedented military dominance, and fastballs down the middle, continues to impress with his fantastic talent as a painter.

Bush, who first wowed America with his shower-themed self-portraits in 2013, plans to publish a new collection of paintings next March, by which point he may or may not have ceded the title of greatest living ex-president to Donald J. Trump.

Out of Many, One: Portraits of America's Immigrants will consist of 43 portraits of immigrants painted by Bush. It will attempt to highlight the "positive impacts" of immigration in America, an issue Bush argues is not a "partisan issue," but "should be one that unites us." The portraits will be accompanied by essays about the subject written by Bush, allowing him to showcase his fantastic penmanship.

The forthcoming book will be the second collection of paintings Bush has published in his prolific career as an artist. His 2017 work, Portraits of Courage, featured "a vibrant collection of oil paintings and stories … honoring the sacrifice of America's military veterans."

It will be Bush's fourth published work since leaving office in 2009. Former president Barack Obama, by comparison, is still struggling to finish his first post-White House memoir, and is reportedly considering breaking it up into multiple volumes, as predicted by the Washington Free Beacon in 2015.

Bush has also distinguished himself from Obama by continuing to warm the hearts of American patriots throughout his historic ex-presidency. For example, Bush celebrated the Fourth of July this year by posting a fantastic painting of the American flag on his Instagram account, accompanied by the closing lines of the "Star-Spangled Banner." Wow! 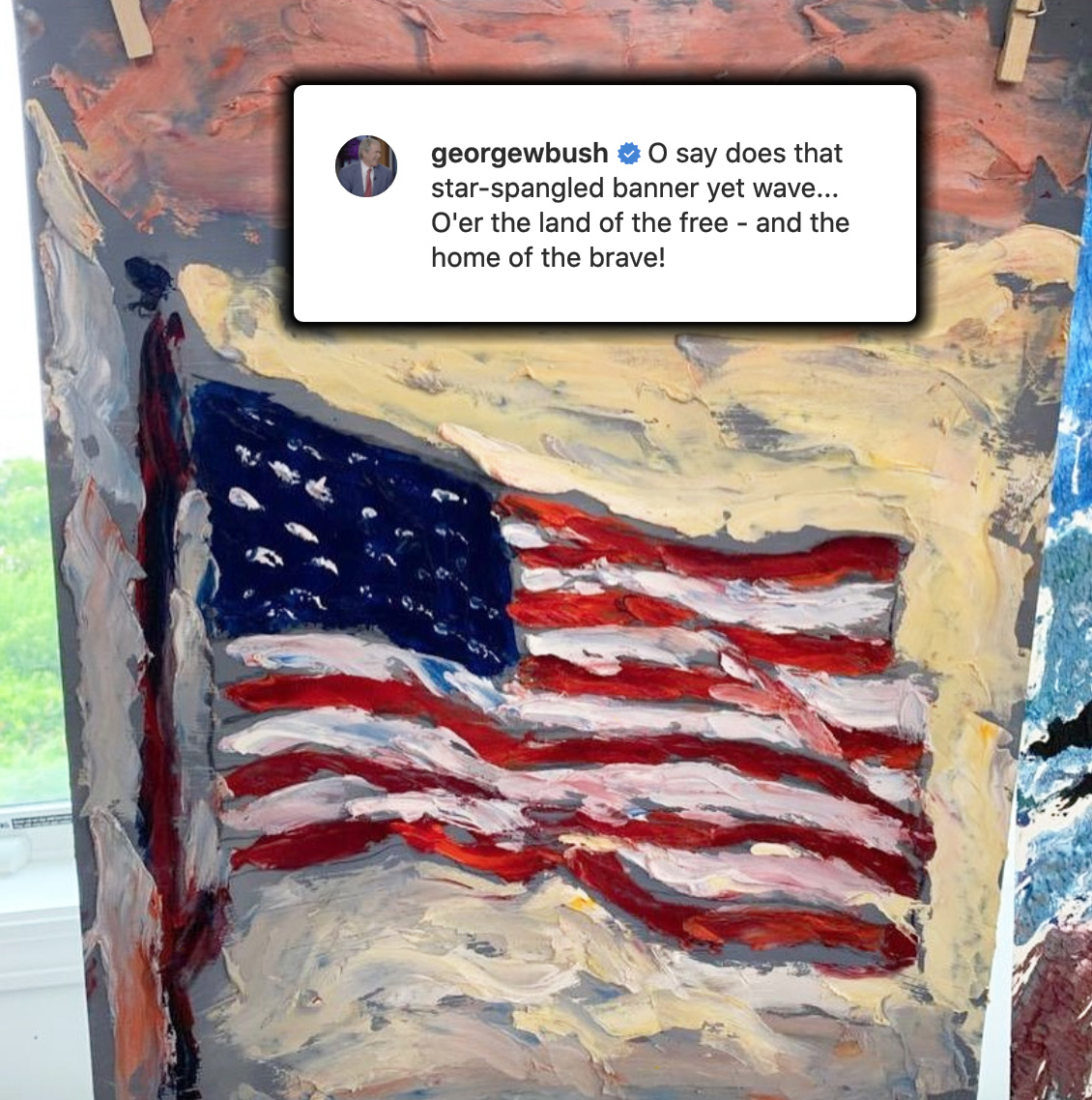