The organization slammed the July 4 event for 'glorifying white supremacy' 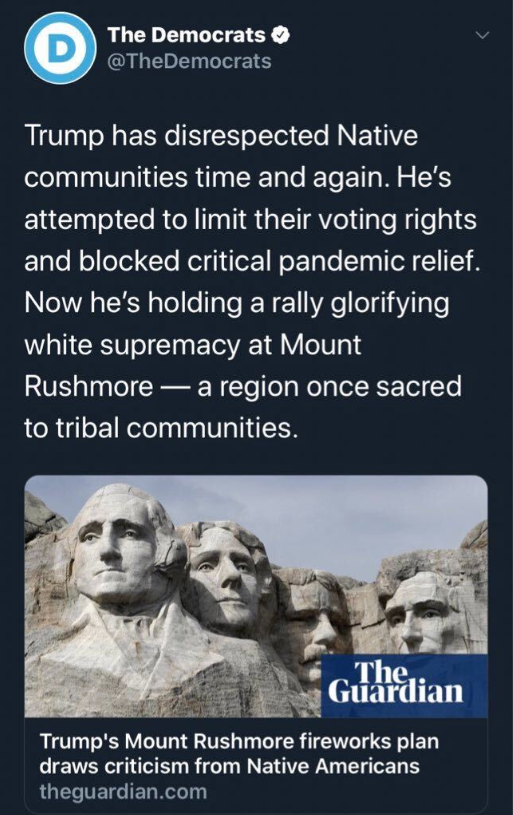 The tweet linked to a Guardian article that detailed criticism from Native American tribes about Trump's proposed Fourth of July event. The article quoted a member of the Oglala Lakota tribe who said Mount Rushmore symbolized white supremacy and glorified conquerors who committed genocide.

"Mount Rushmore is a symbol of white supremacy, of structural racism that’s still alive and well in society today," the member told the newspaper. "It’s an injustice to actively steal indigenous people’s land then carve the white faces of the conquerors who committed genocide."

Gov. Kristi Noem (R., S.D.) said that free face masks will be provided at the event, set to take place Friday, but that attendees will not be required to practice social distancing.