It’s a liberal's perfect ending to a hot summer’s day: the icy face of a capitalist on a stick. 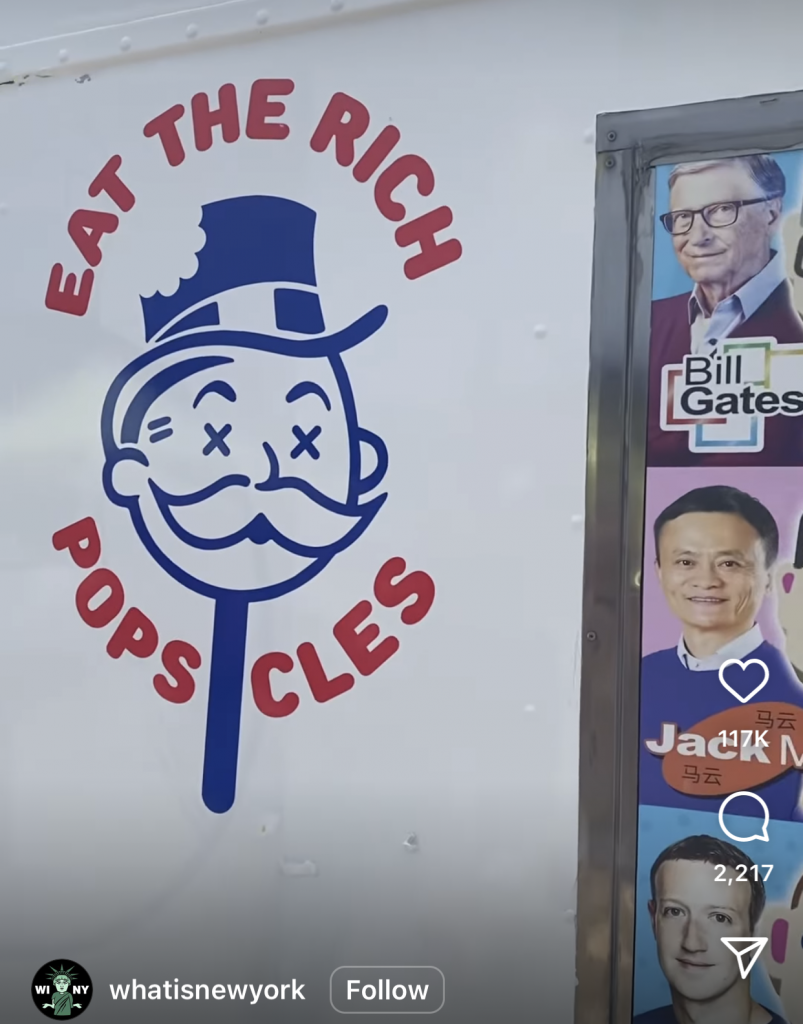 "Eat the Rich" has been a rallying cry among young anti-capitalist activists in recent years, with the phrase gaining traction from tens of millions on social media platforms such as Twitter and TikTok. The line and its sister line "Tax the Rich" have gained immense popularity on the left wing of the Democratic Party. Self-proclaimed socialist Rep. Alexandria Ocasio-Cortez (D., N.Y.) wore a "Tax the Rich" gown to the 2021 Met Gala. Tickets to the gala reportedly cost $35,000.

Most who commented on a video of the New York ice cream truck took issue with the price of the billionaire freeze pops. Inflation reached record highs Wednesday, and increased food and gas prices have forced many Americans to dip into their savings for everyday necessities. Many said $10 is too steep, even if it’s fighting the 1 percent.

"Who can afford to eat the rich for $10 in this economy," one viewer said.

"For 10 dollars they better light a blunt with me and hear me out," said another.

The group responsible for the stunt is MSCHF, a social justice-oriented artist collective. The organization is also responsible for "Satan shoes," which cost $1,018 a pair and went viral early last year. Shortly after, MSCHF launched "Jesus shoes," white versions of their devilish counterparts that retailed at $1,425 and were listed on reselling sites for $4,000. Nike's Air Max shoes, which both projects were adapted from, cost $160.

MSCHF's first "art" installation, which was called "The Persistence of Chaos," featured "a laptop running six pieces of malware that have caused financial damages totaling $95B," according to their website. The final bid was $1.35 million.