Five to six days a week, men straggle one by one into a squat little building across the street from a Baptist church in Northwest Washington, D.C. to play the same game they’ve been playing for most of their long lives.

Outside, the front is unremarkable, save for a hand-made sign declaring it the home of the Capitol Pool Checkers Club. A smaller sign on the barred, metal door asks non-members to donate $3.

I was standing outside on a Monday evening when club president Talmadge Roberts showed up to unlock the door. Roberts, 82, is black with a full, deep-lined face, short grey hair and beaming grin. As president, he is in charge of collecting dues, organizing events, and keeping general affairs in order.

Checkers has happened in the tiny storefront on Ninth and S street since 1983, he said as he led me inside.

"We used to meet in barber shops and various sundry places," Roberts said. "Before this I think the place was a shoe repair shop."

Dusty trophies from tournaments line the far wall. Yellowed newspaper clippings and Polaroids of current and past members are tacked to another. An old refrigerator whirrs next to a snack machine and a soda machine. A TV hanging in the corner usually plays a football or baseball game.

The center of the room is dedicated to the business at hand: three tables with six checkerboards, pieces at the ready.

Roberts and I sit down at a board, where he walks me through some of the common opening moves. He grew up on a farm in southern Alabama where his closest neighbors were two to three miles away. Not a lot to do besides play checkers.

"The reason checkers is popular is its so low-cost," Roberts said. "We would turn a piece of cardboard into a checkers board and use bottle caps as pieces."

After high school, Roberts moved to D.C., where his uncle was a chauffeur for Rep. Henry B. Steagall (D., Ala.), the co-sponsor of the Glass-Steagall Act. Roberts always expected he would end up back home as a farmer, but the G.I. Bill of Rights had opened up new possibilities for young men. He did four years in the Army from 1949 to 1953, used his G.I. benefits to study chemistry at Howard University, and parlayed his degree into a job at the Food and Drug Administration. He retired as a stock broker.

Along the way, he never stopped playing checkers. The other players call Roberts "The Razor."

"Because I give extremely close shaves," he said.

Every serious checkers player gets a nickname. "Pressure Man," "Kid Dixon," "The King of Hams." The names are part of the jocular atmosphere in the club. Unlike chess, checkers is a loud game.

"We have a lot of fun," Roberts said. "Folks slam pieces, talk trash—anything to get a competitive edge."

When all six checkerboards are occupied, the room is filled with the sounds of pieces hitting the table and braggadocio. Peggy Fleming, who published a 2010 book of portraits and conversations with the Capitol Checkers Club members, released a short video of the club in action. For example: "Crown me, son. That’s all you got to do. Just crown me!" And: "You got some big ol’ ugly hands, you know that?"

There are semi-regular local tournaments to keep the 20 to 30 members sharp for when they play in the national American Pool Checkers Association (APCA) tournament every year.

Pool checkers is a variation on traditional or "straight" checkers. Pieces can jump forward or backward, and kings fly along diagonals like a bishop in chess. This makes the game faster and more tactical.

The Capitol Checkers Club, along with the vast majority of the APCA, is black. The history of the game is unclear, but it’s commonly held that pool checkers was brought to New Orleans from the Spanish Caribbean via slaves. It spread through the South, finding a home in pubs, barbershops, and street corners, and then travelled north to the big cities.

The only other people with an equal love for the game are Slavs. In Russia, pool checkers is given the same respect as chess.

The game appears childishly easy, but a good player will embarrass an inexperienced opponent. And the checkers board is an arena indifferent to class, caste, or race.

"Checkers brought out some of the things that people did not know that I had," Roberts said.

One of the best living checkers players in America is Freddie "The Hawk" Owens, also a member of the Capitol Checkers Club. Owens is currently ranked 8th in the APCA’s rarified "Top Master" division—his ranking has dipped on account of not having played in the tournament in recent years—but his skill is legendary. They call him The Hawk because he appears to see the entire board about five moves ahead of everyone else. Owens is a janitor in Baltimore.

Carl "Buster" Smith, held by some to be the greatest American to ever play the game, was a Chicago postal clerk.

The other appeal to checkers is that, like chess or Go, it can withstand a lifetime’s worth of games without going stale. Roberts called it "a game that’s infinite in its combinations and permutations."

Well, not quite, but close enough. There are 500 quintillion (that’s 500 followed by 18 zeros) possible positions in checkers.

In 2007, a scientist declared checkers a "solved game." He proved through a super-computer that perfect play is possible and results in a draw every time. The discovery takes some mystery out of the game. On the other hand, it must be heartening that perfection exists, that in theory any blue collar Joe can become the unbeatable king of 64 squares.

So the members sit down in the well-worn chairs of the club, push a checker forward, and keep playing late into the night.

When I walked into the club next week, Roberts was cracking open a beer while Spencer "Chicago" Taylor, 85, and Ernie "The Spoiler" Brown worked through games.

Taylor is thin and lanky, with a goatee and glasses. He wore a Yankees ball cap and a Redskins windbreaker.

They call Taylor "Chicago," for self-explanatory reasons. "I grew up in the big ol’ Windy City, man."

Brown was a little outmatched by Taylor, who took 10th place in the top masters division of the APCA tournament last year. Taylor slid his pieces forward while dispensing advice.

"This is gonna go real tough for you if you play it the wrong way," Taylor said to Brown, shaking his head. "Oop, now watch this, you ain’t gonna have any moves left."

After a few more moves, Brown sighed, resigned the game, and started setting the pieces up again.

Taylor is the lead singer in The Highway Q.C.’s, a gospel group active for more than 50 years. The group launched the secular careers of singers like Sam Cooke, Johnny Taylor, and Lou Rawls.

"We just got back from Sweden last week," Taylor said.

Roberts stepped outside to smoke a cigarette. While we were talking, Taylor and Brown finished another game—another win for Taylor—and reset the board without a word.

After a couple more games, Brown excused himself and left for home. Roberts sat down to play Taylor.

The game slowed down. The pieces scraped softly across the board instead of landing with declarative thaks. The players avoided open confrontation, building up pressure on the center of the board until it became fraught with tension and calculations.

"Looks like a draw," Roberts said. There were still eight checkers a piece between the two.

Taylor rubbed his chin. "Yeah, looks like you’ve got yourself a draw."

The game burst open, and after a flurry of moves, Taylor had the material advantage, but his pieces were weakly positioned.

Roberts considered one piece, and then reached for another. "Now here’s the draw," He said, pushing the checker forward. "The scientific draw."

The move set off a combination that left Taylor and Roberts both with one king and two checkers a piece.  A draw. Like a good chess combination, and true to Roberts’ nickname, it was elegant and surgical at the same time. Roberts and Taylor considered the final position for a brief moment—Roberts laughing, quite pleased—and then it was gone with all the countless games played before it.

Chicago and The Razor reset the board. 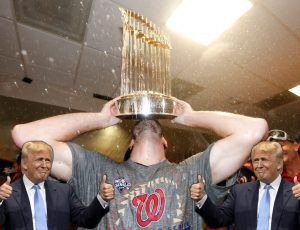 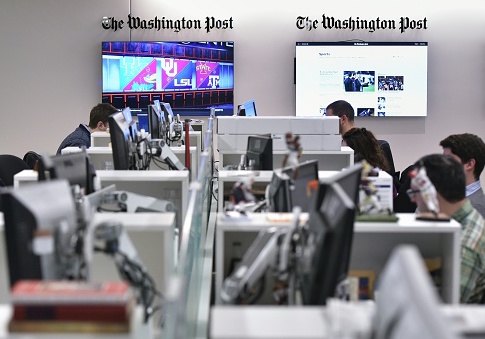 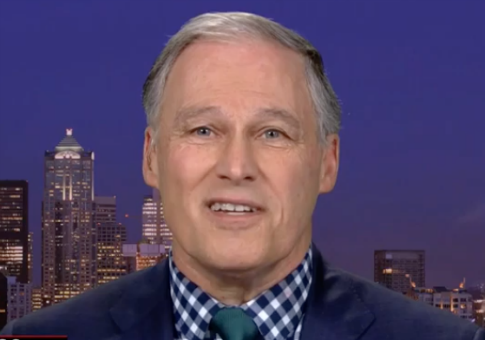 Inslee (D) Admits Greenhouse-Gas Emissions Have Increased During His Governorship 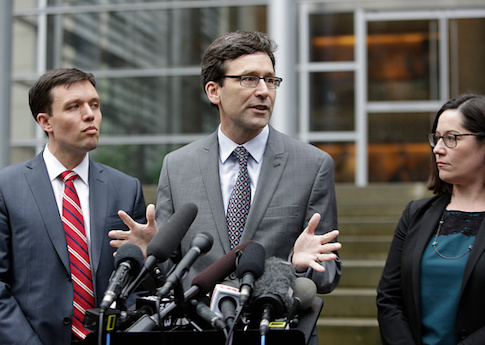 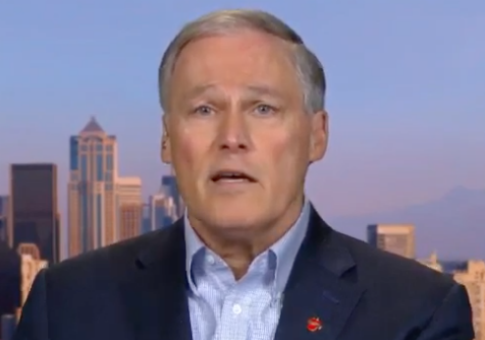