John Jennings, Katrina Redelsheimer, Trever Hatch, and Donald Fletcher allege they were physically attacked by masked rioters as they attempted to attend the Yiannopoulous speech in February 2017, with Berkeley "responsible for creating and exposing the Plaintiffs to the unlawful actions of an angry mob of violent anarchists," according to the complaint, first reported on by the student paper.

In addition to the university, the UC Board of Regents; UC President Janet Napolitano; both the current Berkeley chancellor, Carol Christ and the chancellor at the time of the incident, Nicholas Dirks; student affairs administrators; the UC Police Department Chief of Police; the city of Berkeley; and the Berkeley Police Department are also named as defendants.

The plaintiffs claim that "given the current political climate," Berkeley should have "foreseen that the protest of a controversial political figure such as Yiannopolous could likely turn violent." Yet, Berkeley did not "plan effectively," according to the suit, nor did police "intervene or employ reasonable tactical methods to ensure the safety of the plaintiffs" while the riots were underway.

Officers issued "feckless disbursal orders and empty threats of arrest," according to the complaint, and barricaded areas flooded with protesters, leaving no exit open for plaintiffs and other attendees attempting to escape.

Ultimately, black-clad "antifa" demonstrators set university property aflame and looted local establishments, causing an estimated $100,000 in damage. The event was cancelled, but just one arrest was made.

Jennings was beaten unconscious, and Redelsheimer and Hatch were "brutally assaulted" with pepper-spray and a flagpole, according to the complaint, which references visual evidence of the assaults, including social media footage of the incidents posted by the attackers.

The plaintiffs are being represented by Shawn Steel of the Shawn Steel Law Firm, who serves as chairman of the California Republican National Committee.

Steel characterized the clashes on campus between students of differing ideologies as "the Left's Jihad against conservatives," in an email to the Washington Free Beacon.

He said he took on the Berkeley case as "I believe it is my duty as an officer of the court and as a free speech absolutist is to defend vulnerable student conservatives."

"Universities that cannot protect free speech is a university not worthy of any public support," he added.

His clients are seeking compensation for their medical bills, and for security policies to be altered in order to properly protect "attendees of all future political rallies" in the city from rioters' violence.

Berkeley spokesperson Dan Mogulof declined to comment Monday as the school had yet to be served with the suit.

A UC-San Diego student filed a personal injury and property damage lawsuit against her administration in November 2017, a year after she was hit by a car while protesting the results of the presidential elections on an interstate. Her complaint holds the university, the regents, the city, and the state responsible for not stopping or controlling the student demonstrations in which she chose to participate, claiming they are liable for the injuries she incurred while marching on the freeway. 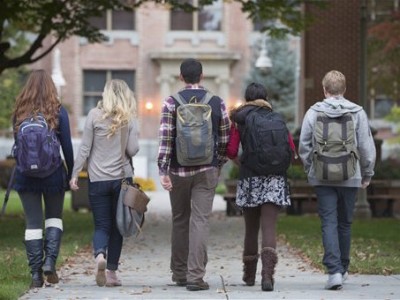