Netflix reviewers are panning comedienne Amy Schumer's new stand-up routine, which received an average rating of one out of five stars.

"This is as funny as an autopsy," one review read.

Other comments from the reviews included:

The Decider, an entertainment and pop culture site, gathered all 876 reviews of Schumer's special and found 710 subscribers gave it one star, 85 gave it two stars, 22 gave it three stars, 17 gave it four stars, 33 gave it five stars, and nine gave it zero stars.

Amy Schumer is Senate Minority Leader Chuck Schumer's (D., N.Y.) cousin. The two teamed up to push for gun control legislation in 2015, after a gunman killed two women at a screening of Amy Schumer's movie Trainwreck. 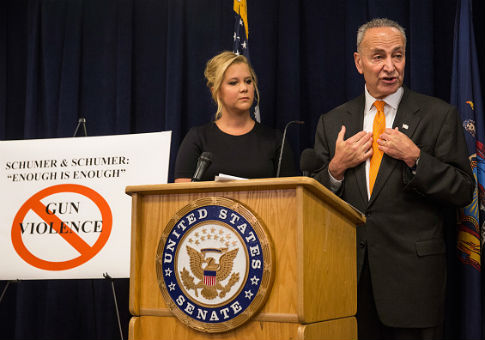 Comedy Central has yet to announce when it will release the fifth season of Schumer's show "Inside Amy Schumer." It is rumored that the network may have cancelled the fifth season after the fourth performed poorly in viewership.