The debate moderator directly pressed Hickenlooper to say whether or not he would support packing the Supreme Court if Amy Coney Barrett is confirmed, but the candidate avoided answering the question.

"It’s a hypothetical," Hickenlooper said.  "Let’s put it this way: I don't like the idea of court packing, we're seeing it right now. We're seeing court packing in full fury and it doesn't make any sense to me."

Incumbent Sen. Cory Gardner (R., Colo.) took Hickenlooper to task for misrepresenting the term and being unclear on court issues.

"It is absolutely shameful that John Hickenlooper continues to dodge telling the people of Colorado that he'll stand with Chuck Schumer and radical Democrats on packing the Supreme Court," Jackson said. "Coloradans deserve to know that Hickenlooper would vote to blow up a 150-year Supreme Court precedent and throw our courts into a partisan tug of war."

Biden has also offered ambiguous answers to such integral judicial questions as term limits for justices and Puerto Rico statehood. Hickenlooper has previously gone on record advocating for District of Columbia statehood. 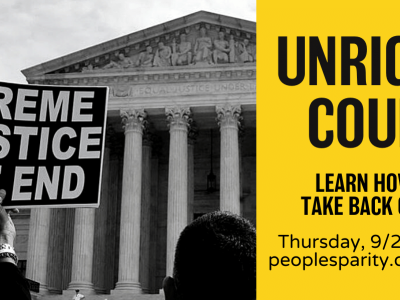