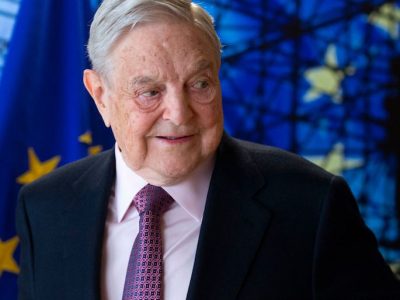 Democrats may be backing themselves into a trap with their singular focus on health care during Judge Amy Coney Barrett's confirmation hearings.

Senate Democrats have cast Barrett as a determined opponent of the Affordable Care Act ahead of a challenge to the law the Supreme Court will hear on Nov. 10. But legal scholars spanning the ideological spectrum—including the architects of prior legal challenges to Obamacare—are skeptical the latest Republican attack on the ACA will succeed, even if Barrett is confirmed. A decision from a right-leaning Supreme Court upholding the Affordable Care Act would cut against expectations Democrats themselves have set, and undercut future efforts to restructure the judiciary.

Beyond the ACA, Democrats warn that a conservative supermajority on the Supreme Court will undo much of their progressive policy agenda. A ruling protecting the ACA would undermine the case for adding new seats to the bench or imposing term limits for justices, which took on new urgency with Ruth Bader Ginsburg's death on Sept. 18.

Public confidence in the Supreme Court is high to begin with. Gallup data show that about two-thirds of respondents reported a "great deal" or "fair amount" of confidence in the Court this summer. The same data show a majority of respondents substantively approve of the way the Court handled its job. The Court's approval rating has been above water almost continuously since 2000, according to Gallup's figures.

Worse still for Democrats is the deep opposition to court packing that has registered in recent surveys. A Yahoo! News/YouGov poll pegged support for court packing at just 21 percent, compared with 46 percent opposed. That aligns with data from Morning Consult/Politico, which found respondents opposed expanding the Supreme Court 47-24. Both surveys were conducted from Oct. 9 to Oct. 11, just before Barrett's appearance before the Senate Judiciary Committee.

The findings suggest that a successful campaign to pack the Court already faces forbidding odds in terms of popular support. If, as many expect, the Supreme Court turns away the latest Republican attack on Obamacare, Democrats will find themselves in a narrative purgatory of their own construction.

Jay Schweikert, a policy analyst at the libertarian Cato Institute, is among those who believe the High Court will uphold at least the bulk of the Affordable Care Act. He suggested that Senate Democrats wary of judicial reform may already anticipate this direction of events.

"If the Court rejects the current ACA challenge, which I think is quite likely, that will take some wind out of the court-packing sails," he told the Washington Free Beacon. "It may be that some Democrats realize that. Not many Democrats so far have officially come out in favor of court packing. Senator Hirono is the only member of the Senate Judiciary Committee who has explicitly endorsed court packing. It may be the case that the other senators understand the likely fallout."

Court-packing rhetoric may yet linger among Democrats in a bid to influence outcomes at the Court, as happened in a Second Amendment case the justices decided in the spring.

"The Supreme Court is not well. And the people know it. Perhaps the Court can heal itself before the public demands it be 'restructured in order to reduce the influence of politics,'" Whitehouse wrote.

In an unsigned decision in April, the Court determined the case was moot, over the dissent of Justices Samuel Alito, Clarence Thomas, and Neil Gorsuch.

Alito intimated the Whitehouse brief was at least one factor in the Court's decision.

"A prominent brief supporting the city went further. Five United States senators, four of whom are members of the bar of this Court, filed a brief insisting that the case be dismissed. If the Court did not do so, they intimated, the public would realize that the Court is 'motivated mainly by politics, rather than by adherence to the law,' and the Court would face the possibility of legislative reprisal. Regrettably, the Court now dismisses the case as moot."