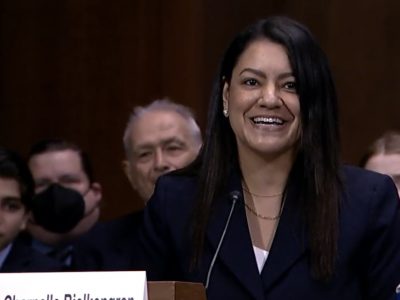 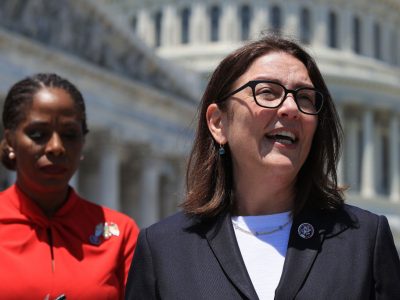 If a party to a civil lawsuit accuses his opponent’s lawyers of any sort of racial stereotyping, judges must order a retrial. That appears to be the implication of an October ruling from the Washington State Supreme Court.

When litigants claim that racial bias affected a trial verdict, state justice Raquel Montoya-Lewis wrote in a unanimous opinion, the opposing party "must prove how it did not," demonstrating that nothing said at trial played on the jury’s "unconscious biases." Absent such proof—which lawyers say will be impossible to furnish—courts must grant a new trial, the opinion indicates.

Lawyers and legal scholars are aghast, arguing that the decision undermines bedrock principles of the American justice system.

The ruling came after a black woman, Janelle Henderson, demanded $3.5 million in damages from a white defendant, Alicia Thompson, who had rear-ended her. At the trial, which took place in 2019, Thompson’s lawyers described Henderson as "combative," suggested she had coached her witnesses, and accused her of exaggerating her injuries for financial gain.

When the jury only awarded Henderson $9,200—not the millions she’d sued for—she filed a motion for a new trial, claiming that the defense’s "biased statements" had "influenced the jury’s unconscious bias."

The Washington Supreme Court agreed. By calling Henderson "combative," Montoya-Lewis wrote, the defense evoked "the harmful stereotype of an 'angry Black woman.'" And by suggesting that she had coached her witnesses, it "alluded to racist stereotypes about Black women as untrustworthy and motivated by the desire to acquire an unearned financial windfall."

The case has since been sent back to a trial court, which will consider Henderson’s motion for a retrial in light of the new standard.

While Montoya-Lewis called the verdict a step toward "greater justice," lawyers see it as a Kafkaesque assault on the most basic norms of due process. "I don’t know how anyone could prove this negative," said Scott Greenfield, a defense attorney in New York City, referring to the burden the verdict places on the accused to show that bias played no role in the proceedings. "It completely negates the entirety of American jurisprudence."

In almost every legal dispute, from criminal lawsuits to civil rights cases, it is the accusers who bear the ultimate burden of proof. To meet it, they must demonstrate that their claims are at least more likely than not to be true, a standard known as "preponderance of the evidence."

Montoya-Lewis’s opinion turns these norms on their head, allowing the loser of a trial to get a do-over without any hard evidence of bias. If an attorney "uses language that could evoke racist stereotypes," the opinion reads, "the court must conclude that substantial justice has not been done and order a new trial."

Even lawyers concerned about the effects of racism say the verdict sets a chilling precedent.

"Obviously it’s important that jury verdicts not be tainted by racial bias," said Samantha Harris, a First Amendment attorney in Philadelphia. "But if you throw every objective measure and conventional burden of proof out the window, you’re essentially left with the Salem racial witch trials."

The reasoning at work in the decision, Greenfield and Harris said, could make it next to impossible to defend against civil suits from minority plaintiffs, let alone conduct a normal trial. By definition, trial lawyers must question the opposing party’s credibility, often by implying negative things about them; if any such implication can be recast as a racial trope, litigants will have unlimited ammunition to challenge outcomes they don’t like.

"There’s now a racial trope for everything short of breathing air," Greenfield said. "That means there will be an opportunity to make this grievance in every single case."

Though the court’s opinion focused on implicit bias against blacks, it could theoretically allow people of any race—including whites—to demand a retrial on racial grounds. For example, Bernstein argued, the ruling could prevent attorneys from implying that an Italian defendant is part of the mafia, or that a white defendant discriminated against minority employees.

"Doesn’t that play on the stereotype of all white people being prejudiced?" Bernstein said.

The Washington State Supreme Court did not respond to a request for comment.

For attorneys with trial experience, the ruling’s ramifications are scary to contemplate.

"I’m sure you could find stuff in my transcripts, take it out of context, and accuse me of bias," said Joshua Kendrick, a criminal and civil litigator in Greenville, S.C., who identifies as a liberal. "Would I need to try every case with that worry in the back of my head?"

Beyond forcing lawyers to walk on egg shells, the new standard could encourage defendants to settle based on the race of the plaintiff. Attorneys' fees are expensive, even for frivolous lawsuits, said Mark Lamb, a civil litigator in Seattle. "If you have to bear the expense of another trial," Lamb said, "it effectively works as a financial penalty on the party that initially prevailed."

The verdict could also turbocharge the budding industry of jury consultants—people who are paid by trial lawyers to help root out biased jurors. Most of that consulting currently happens during jury selection, before cross-examination gets underway. But with implicit bias now grounds for a do-over, jury consultants could soon begin sitting through the whole trial, hunting for real or imagined tropes that lawyers might use to challenge an unfavorable verdict.

"One of the most odious implications of this is that people like Robin DiAngelo will be paid to sit in a trial and look for racial bias," Lamb said.

Once confined to the margins of academia, these ideas are now spreading throughout the legal profession. In 2020, a plethora of judges and court systems put out statements affirming their complicity in systemic racism. And in October, the federal court of Rhode Island touted critical race theory as a "resource" to "transform" the judiciary.

As Washington litigators adjust to their new burden of proof, the state may offer a preview of how that transformation will play out.

"This is taking a sledgehammer to a nail," Harris said. "Dispensing with fundamental norms of evidence can have a lot of unforeseen consequences."