Business owners 'want to make money, they want to be open, but they're having a problem getting people,' says Dem Rep. Slotkin

House Democrats from swing districts are admitting that enhanced unemployment benefits are keeping American workers at home—just months after they touted their work to extend the provision.

"Every single business owner that I know that has reached out to me has talked about this as their number one issue," Slotkin said Tuesday in response to concerns that "boosted federal unemployment" is hindering employers' ability to fill vacancies. "They want to make money, they want to be open, but they're having a problem getting people."

The Michigan Democrat's comments undermine President Joe Biden, who has repeatedly rejected any link between the enhanced benefits and sputtering U.S. job creation. Following April's underwhelming jobs report, Biden said those who "claim Americans won't work, even if they find a good and fair opportunity, underestimate the American people." At the same time, however, the president directed his Labor Department to help reinstate laws that bar workers from receiving unemployment if they reject a suitable job offer.

Not all Democrats are convinced the effort will drive people back into the workforce. Just days after Biden's directive, Garamendi said such work-search requirements—which were suspended during the coronavirus pandemic—are "not really enforced very often." Garamendi, like Slotkin, also noted that "there's a lot of discussion among the business community that the unemployment insurance system is keeping people from wanting to go back to work," adding that it "probably does in some cases."

Garamendi defended his support for extending the enhanced payments through Biden's $1.9 trillion American Rescue Plan, telling the Washington Free Beacon the legislation "has been a tremendous success." But the Democrat conceded that some states "might be able to scale back the expanded unemployment benefit" before it officially expires in September—a position that puts him at odds with the Biden administration, which has opposed decisions from GOP governors to withdraw from receiving the federal benefits.

Axne in May also said she's heard complaints of "people [who] aren't coming back to work because of the expanded unemployment." The Iowa Democrat quickly pivoted to coronavirus concerns, arguing many of her constituents "still won't feel comfortable going back to work" because "Iowa is still not in a great place when it comes to COVID." The state has vaccinated more than half of its adults, and cases are now at their lowest seven-day average in more than a year.

In addition to Slotkin, Garamendi, and Axne, Kim acknowledged during a Tuesday town hall that the April jobs report was "lower than we'd like it to be" and reflective of a major hiring problem. He went on to lament that some people are "gaming the system" by "taking advantage of [the expanded benefits] in ways it was not intended to do."

The comments reflect the uphill battle facing Democratic leaders as they attempt to keep vulnerable members on message during a period of slower-than-expected economic growth. Democratic National Committee chairman Jaime Harrison released a video Tuesday dismissing the notion that "unemployment benefits are keeping Americans from wanting to return to work" as a "Republican talking point." Harrison accused the policy's GOP critics of thinking "Americans are lazy" and did not acknowledge that Democrats have voiced similar concerns.

All four House Democrats specifically touted the enhanced jobless benefits after voting for the American Rescue Plan. Axne called the provision "important," while Kim stressed the need to provide boosted payments "even when the virus is beaten." Job Creators Network president and CEO Alfredo Ortiz admonished the members for their votes and called the nationwide hiring challenges "entirely predictable."

"Small businesses are continuing to suffer from a worker shortage thanks to the Democrats' overly-generous unemployment benefits," he said. "These benefits, which were crammed into the Democrats' $1.9 trillion stimulus bill, are incentivizing people to stay at home instead of rejoining the workforce."

Slotkin, Axne, and Kim did not return requests for comment.

Republicans have long argued that Democrats' generous unemployment insurance would compel workers to stay home. One year ago, Senators Lindsey Graham (S.C.), Tim Scott (S.C.), and Ben Sasse (Neb.) attempted to block the $2 trillion CARES Act over the bill's increased unemployment spending, which they said gave "a strong incentive for employees to be laid off instead of going to work."

Some GOP governors, including Montana's Greg Gianforte, are replacing the expanded benefits with a return-to-work bonus in an attempt to spur job creation.

"Montana is open for business again, but I hear from too many employers throughout our state who can't find workers," Gianforte said in a May statement. "Incentives matter, and the vast expansion of federal unemployment benefits is now doing more harm than good." 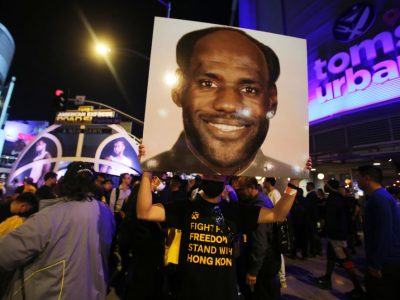