The University of Connecticut School of Medicine is suspending nominations to its honor society and is considering getting rid of its chapter entirely amid fears that the merit-based criteria for membership are racist, the Washington Free Beacon has learned.

UConn's chapter of Alpha Omega Alpha, the national honor society of medical schools across the United States, was established just last year. But the young group is already considering closure amid fierce campus debate over the criteria for admissions, which some argue are racially biased.

Five members of the UConn faculty made the announcement in an email sent Friday and obtained by the Washington Free Beacon. According to the email, the board of the UConn chapter is temporarily suspending admissions as it considers whether or not to disband itself. The decision is backed, the letter says, by the school's dean.

"If we are going to directly address issues of social injustice, we should not continue biased practices while we make the overall decision on the future of the AΩA chapter," the letter says.

Leaders of many elite institutions now say that a merit-based admissions policy may lead to unacceptable racially unequal outcomes. The New York Times, for example, recently published an op-ed arguing for ending blind auditions in America's orchestras. Such moves indicate an overturning of decades of consensus that neutral meritocratic standards foster racial diversity and signal an institutional shift towards explicit racial quotas.

Neither the school of medicine nor the signatories immediately responded to a request for comment.

In their letter, the signatories indicate that they believe that "implicit bias in grading and assessment of students" may be behind the racial disparity in Alpha Omega Alpha membership. This, they write, "makes it necessary for us to seriously re-examine the pathway forward."

UConn School of Medicine does not report the ethnic composition of its class. But recent data indicate that 23 percent of students "are from underrepresented groups in medicine." 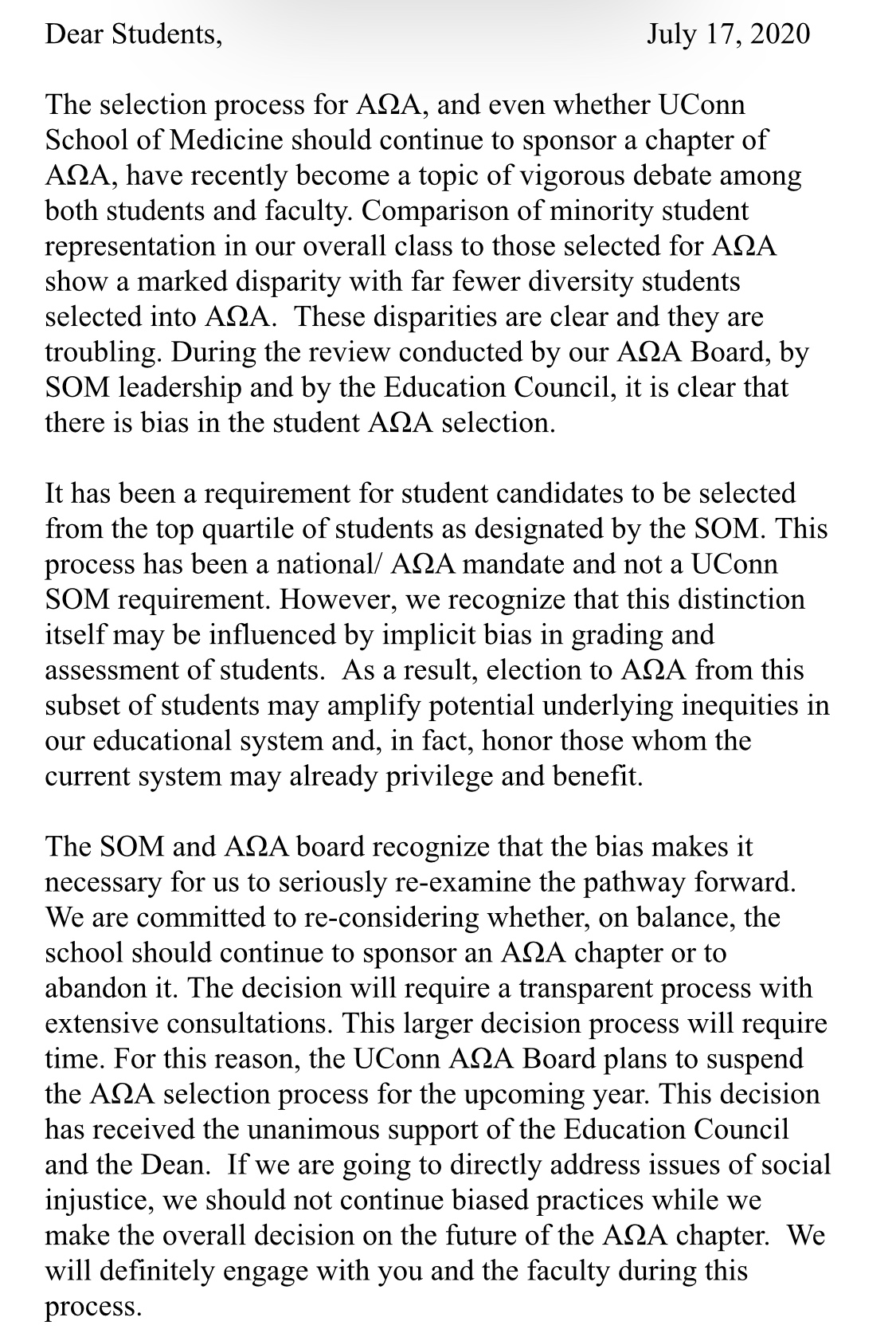