At most law schools, the first few weeks of property law are spent on foundational cases of British common law. At Georgetown University, they are spent on structural racism and cultural appropriation.

Students in professor Madhavi Sunder's mandatory first-year course learn on day one that the history of American property law is "the history of dispossession and appropriation," according to videos of the course reviewed by the Washington Free Beacon. Lecture slides from the first month of coursework trace the "birth" of modern property law not to English courts, but to "Native dispossession and the enslavement of African Americans." "Possession," one slide asserts, "is a legal term of art for a settler capitalist society." 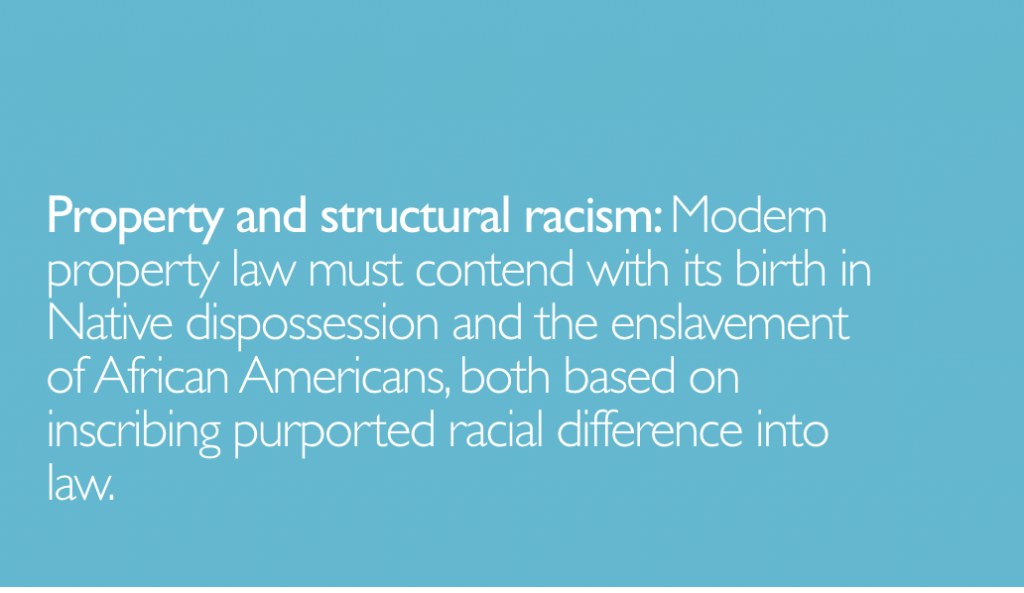 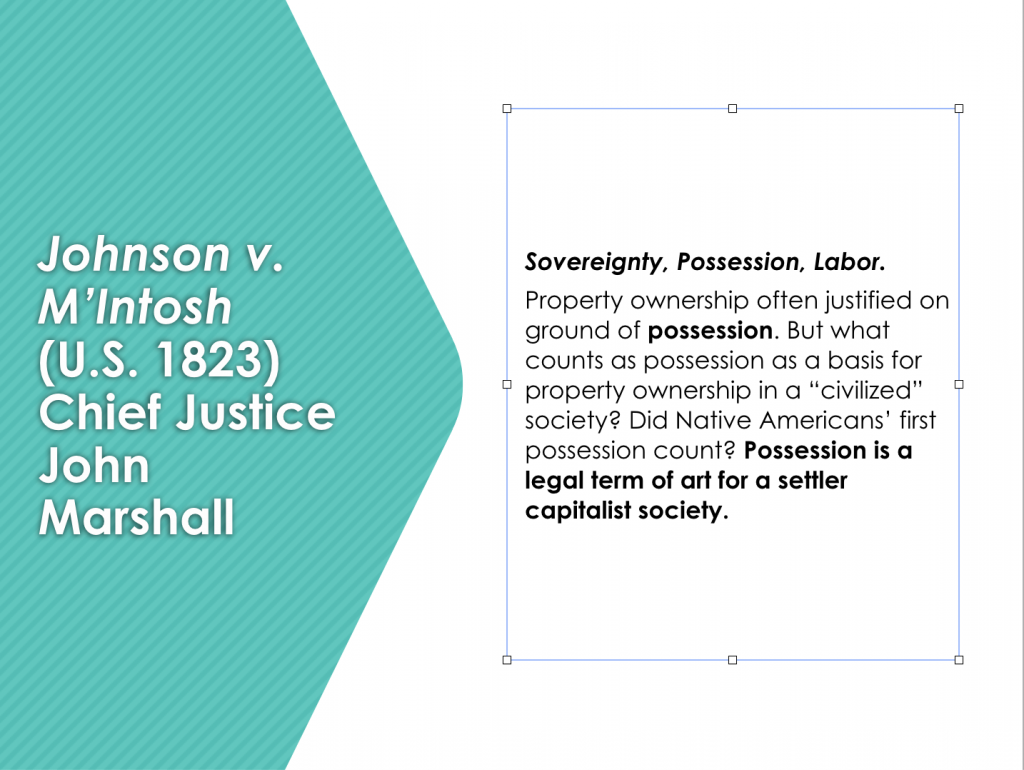 These legacies of oppression "continue in contemporary doctrines" of property, Sunder said on the first day of class this semester. For example, her slides explain, "Intellectual Property has a cultural appropriation problem," especially when it comes to black choreographers: Their dance moves were allegedly appropriated by the popular video game Fortnite, and by white influencers on TikTok. 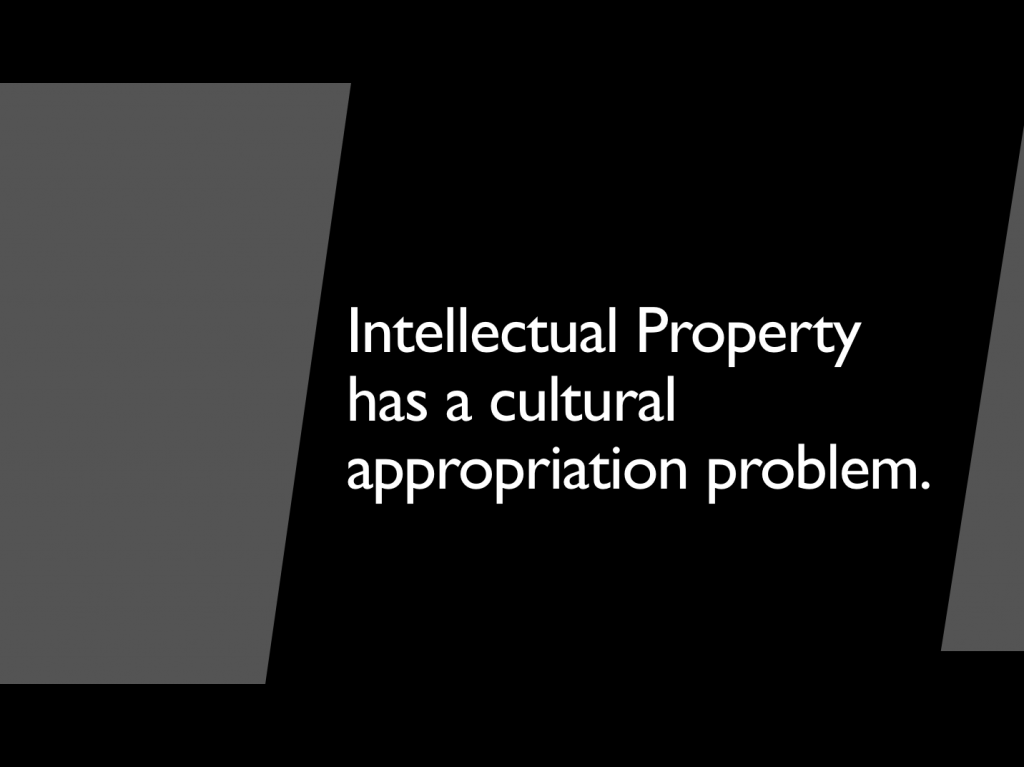 To help her students conceptualize the problem, Sunder quotes the "antiracist" author Ijeoma Oluo, who defines cultural appropriation as the "adoption or exploitation of another culture by a more dominant culture." Students are then asked to apply this definition to intellectual property law, according to the slides.

Sunder wasn't just putting her own spin on a stereotypically dry class; she was also laying the groundwork for a sweeping transformation of the law school curriculum.

In September 2021, Georgetown Law's faculty voted to adopt a new "institutional learning outcome": All students will be expected to graduate with the "ability to think critically about the law's claim to neutrality and its differential effects on subordinated groups, including those identified by race, gender, indigeneity, and class," according to a faculty motion reviewed by the Free Beacon.

These themes, the motion states, are "foundational knowledge" that "should be advanced throughout the entire first-year curriculum." To that end, the motion directs a number of administrators—including the "Associate Dean for Equity and Inclusion"—to "identify first-year professors" who already "advance the new institutional learning outcome" in their courses. Sunder is one of those professors: She told her students that her course would "satisfy" the new requirement, as would "many other property classes" at Georgetown.

On top of the first-year curriculum, students will also need to take an elective course that "has been certified" to "focus on the importance of questioning the law's neutrality." The certification process will "require a detailed examination of the course's syllabus" by the associate dean for academic affairs, "in close consultation with the Associate Dean for Equity and Inclusion."

Georgetown is not the first law school to mandate courses on social justice. In February 2021, the University of Southern California announced that all incoming J.D. candidates would be required to take "Race, Racism, and the Law," citing the "racial reckoning of 2020." Two months later, the University of California, Irvine School of Law said that all students must take a course on "race and indigeneity, structural inequity, and the historical bases for such inequity." According to the Georgetown motion, "similar reforms" are under consideration by law schools at Columbia University, University of Pennsylvania, University of California, Berkeley, UCLA, Ohio University, and Penn State.

But Georgetown is far and away the most influential school to actually implement such a requirement. It is a stalwart of the "top 14"—law schools traditionally seen as stepping stones to elite law firms, clerkships, and judicial appointments. And its scholars have long set the tone for legal academia: Several Georgetown law professors were early proponents of critical legal studies, the academic precursor to critical race theory.

The school is hoping to capitalize on this influence, framing its requirement as a model "for others to follow."

"At Georgetown Law, we often lead rather than follow important trends in legal education," the motion states. "We believe we have an opportunity to do so when it comes to race and racial justice in the curriculum."

Other law schools may have no choice but to follow Georegetown's lead.  In August 2020, William Treanor, the dean of Georgetown Law, was one of 150 law school deans to petition the American Bar Association to require that "every law school provide training and education around bias, cultural competence, and antiracism." The association, which accredits nearly all U.S. law schools, subsequently adopted a requirement with almost identical language.

Georgetown itself cited that requirement as an "important motivation" for the new curriculum. "To be clear," the motion adds, "we do not bring this motion as a grudging act of compliance with our accrediting organization."

The motion came after a number of student groups demanded that the administration "mandate a critical race theory unit in all first-year criminal justice courses" and establish a "racial justice requirement." In an email announcing the change, Treanor said the new curriculum was "yet another important step toward building an inclusive community."

Treanor did not respond to a request for comment. Asked about her role in designing the new requirement, Sunder backtracked. Because the requirement does not take effect until this fall, she said, "neither my class nor any other class can be said to satisfy" it.

Several students called the new curriculum a "Trojan Horse" for critical race theory—not as one perspective among many, but as the animating premise of every class. They also warned that today's law students will be tomorrow's lawyers, applying their education to the real world.

"It's really scary for the legal profession," said Amber Hulse, a first-year student at Georgetown Law. "These people are going to go out and get high-ranking legal positions."

The line between instruction and indoctrination has become especially blurry in Georgetown's mandatory  "Criminal Justice" class. A syllabus for one section of the course asserts that "race, ethnicity, gender, socioeconomic status, and similar dynamics play a central role in shaping constitutional criminal procedure, policing, and our concept of public safety." In another section, students were told that they would focus on "two big policy issues" throughout the semester: "mass incarceration" and the "discriminatory impact" of "race" and "poverty," according to slides reviewed by the Free Beacon. 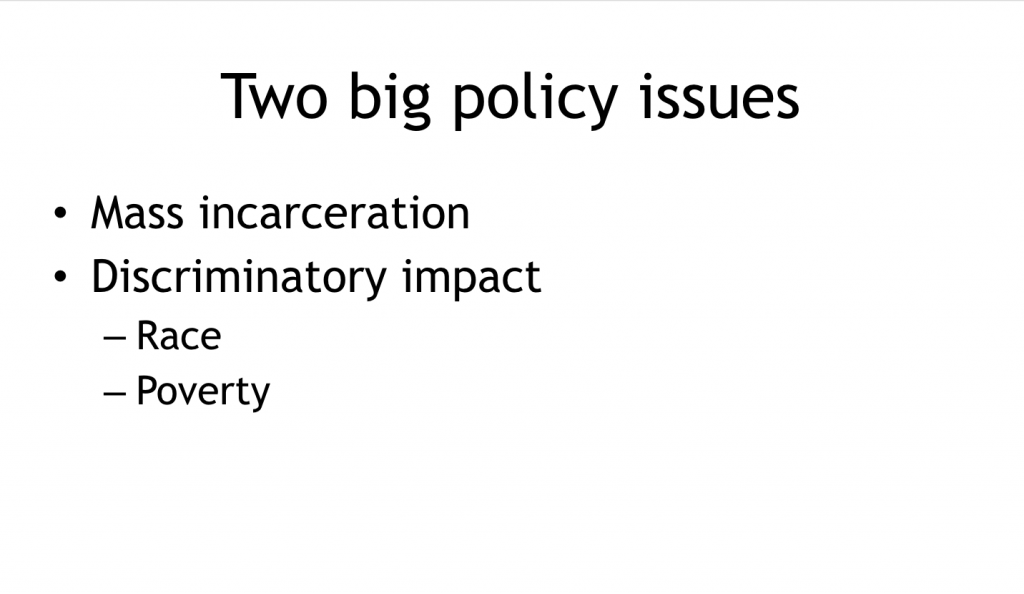 For Luke Bunting, a third-year student at the law school, the new curriculum is a solution in search of a problem.

"The idea that law has a disparate impact is already taught," Bunting said. "There is no shortage of conversations about race in the classroom."

Against this backdrop, some students and professors worry that the added focus on social justice will leave less time for the basics.

"The number of minutes spent in a classroom is finite," said Josh Blackman, who has taught property at South Texas College of Law for a decade. "As professors spend more time discussing other ancillary issues, less time will be spent on foundational issues that lawyers need to know about to practice law."

An alum of Sunder's class echoed that worry. "We spent so much time on theory that we rushed through important concepts really quickly," the third year student recalled. "Some of them are definitely on the bar."