Remote learning had an even worse effect on U.S. students' education than was previously known, new research shows.

K-12 students who attended school from home in the 2020-2021 school year lost 50 percent of their typical math curriculum learning, according to a Harvard study first reported by the New York Times. Even students who went back to school in fall 2020 lost 20 percent of their typical math curriculum learning due to pandemic disruptions in the spring. The learning disparities were the worst for poor, black, and Latino students, a gap that one of the study's authors called "the largest increase in educational inequity in a generation."

"It's pretty clear that remote school was not good for learning," Emily Oster, a Brown University economist and the coauthor of a similar study, told the Times. Oster was one of the first to sound the alarm about the danger of school closures. In October 2020, she wrote a piece for the Atlantic, "Schools Aren't Superspreaders," which argued the risk of COVID spread in schools was overblown.

Children are at low risk of severe illness or death from COVID-19. In-school transmission is also "extremely rare," according to a 2021 study by the American Academy of Pediatrics.

Students who suffered the greatest learning losses were often in districts that succumbed to powerful teachers' unions and Democratic officials who fought to keep schools closed. Schools in the poorest areas on average stayed remote five weeks longer than affluent areas.

As late as March this year, Chicago Public Schools, in coordination with its teachers' union, was implementing at-home learning periods for classes after COVID exposures. Additionally, any school could flip to remote learning provided at least 30 percent of teachers were absent for at least two days or at least 40 percent of students were told to quarantine by the city's health department. 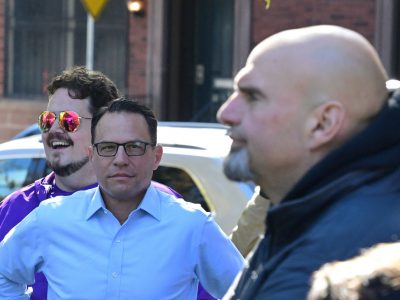