On Nov. 19, Cornell's student government voted by a 15-14 margin not to disarm the campus police. Following the failed resolution, activists took to social media to harass and threaten the representatives who opposed the bill. After a member of the student government posted the full names of each opponent in a group text for students of color, activists plastered the list on Instagram and Twitter, resulting in an onslaught of threats.

Joe Anderson, a former student government president, called on his peers to fight the representatives who rejected disarming the police. "And when I say fight, literally fight them, I can't stand those ugly people," Anderson said. 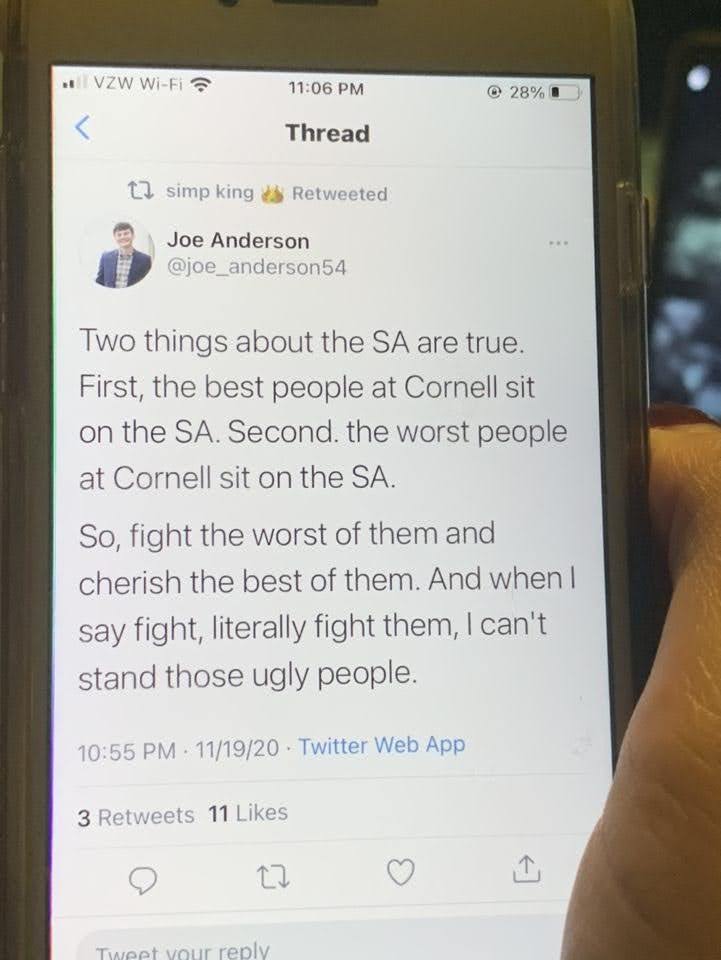 Another student, who goes by the Twitter name "Youssanta claus," said he wanted to beat up a non-voting member of the student government, but was unable to identify him because "all these white men looked the same." 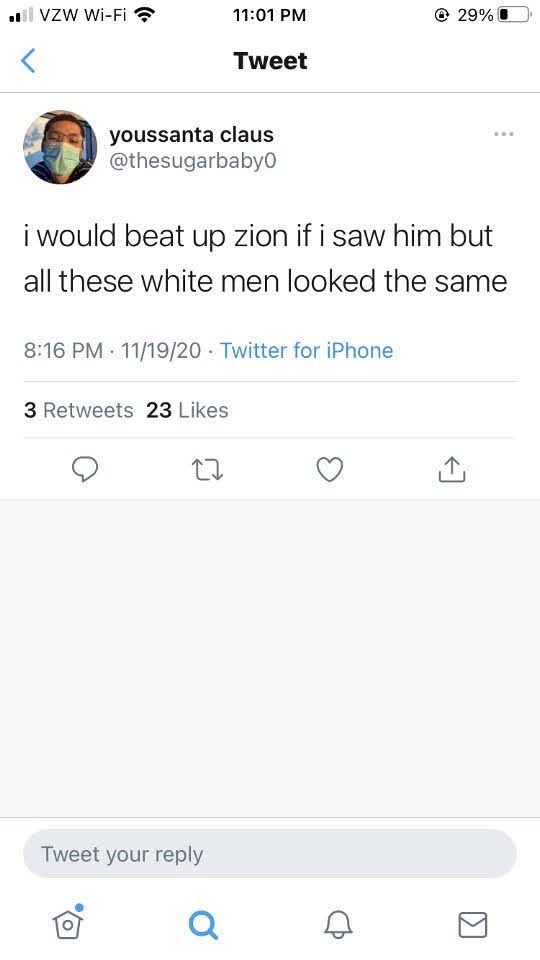 The member in question, Zion Sherin, faced a torrent of abuse in an online student government meeting following the vote, a video of which was obtained by the Washington Free Beacon. "Zion I will beat your a—, please put your address in the chat," one student yelled. "Suck my a—," another said.

The videographer—who wished to remain anonymous for fear of retribution—told the Free Beacon that she began recording the video after a student government member promised to remove any post-vote discussion from public record. Sherin did not respond to requests for comment.

A student government insider, who also wished to remain anonymous, said that many of the students who voted against the resolution are in favor of a counter-resolution that reforms the campus police and offers more "inclusive" services.

Following the death of George Floyd at the hands of police, student activists have demanded the abolition of campus police departments. Students at Northwestern University burned and vandalized school property after the university said it would not abolish the campus police. At the University of Pennsylvania, students and professors called on the school to disarm police officers and eliminate the university's crime alert system. Activists at Johns Hopkins University achieved their goal when the school announced it would delay the development of a campus police department for at least two years.

The day after the Cornell vote failed, members of the university's Abolitionist Revolutionary Society hosted a rally outside of campus police headquarters. The protest organizers called on students to recall the 15 student government members who voted against the resolution.

In response, one representative, Carlo Castillo, said he would change his vote, telling the Cornell Daily Sun that he is currently demanding a recount. Castillo did not respond to requests for comment.