This Is the Worst Poll Yet for Hillary Clinton

As the scandal surrounding Hillary Clinton's use of a private email server as secretary of state is heating up, a new Quinnipiac poll of the swing states Florida, Ohio, and Pennsylvania looks pretty bad for the Democratic frontrunner.

Barely a third of voters in each state have a favorable opinion of Clinton, while more than half said they had an unfavorable opinion. Only Donald Trump is viewed less favorably. Voters have a far more positive opinion of Joe Biden, and that isn't the only area where he is outpolling Clinton.

The poll also shows Clinton losing Florida by double digits in match-ups with Republican Jeb Bush and Marco Rubio. Against the latter, Hillary trails in every state, and barely cracks 40 percent support. Ouch. 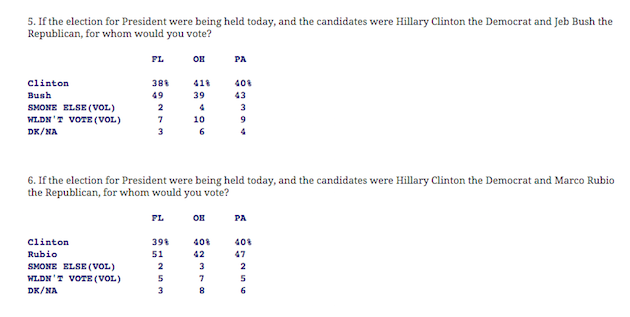 It would appear that Hillary's flippant and evasive attitude toward the legitimate questions raised about her email practices, which have prompted an FBI investigation, is beginning to take its toll. She is approaching the point where barely a third of voters, at least in these three states, think she's "honest and trustworthy."

"People should and do trust me," Hillary recently told CNN. That is clearly not true, but she just can't help herself. She's a Clinton, only without her husband's charm. Is she really the best Democrats can do in 2016? Or is their a better choice? 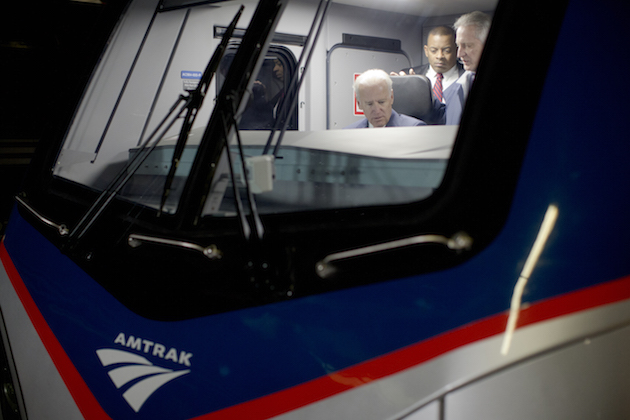