(or, a movie we might have made, but didn't, meaning, you can watch it on the projector in your mind):

Centered shot of NARRATOR, who, you think, looks twee and ridiculous. He has a mustache these days and dresses a bit like he died in a trench in the battle of the Somme. He might be from Portland. He probably writes discursive book reviews his editors must inevitably cut 200 words from. All narration presented straight to the camera.

Intro music is opening of "A-Punk" by Vampire Weekend.

Title card, words appearing in succession, yellow, well to the right of NARRATOR, who we have now realized is standing in front of the Washington Monument:

"This is the Conservative Pounce."

A figure in art-school black, THE POUNCER, in an empty office space with good natural light does ridiculous, though properly feline-looking, pounce motion. He might have dance training but it's hard to say these days. Music fades out.

Cut to in front of WaPo building. Observe, perhaps, that the Washington Post's digs have been in precipitous aesthetic decline since 1950.

"…from the Washington Post and New York Times has shown,"

Cut to standing in front of the Lincoln Memorial. An indigenous drum, or at least you think it's Native American, rolls across the steps behind NARRATOR like a tumbleweed. It is windy, and a red cloth object of indeterminate shape blows across the step after the drum.

"…there is an epidemic of pouncing by conservatives."

Show the POUNCER again, pouncing, then cut to NARRATOR at the Reflecting Pool.

"American liberals are looking over their shoulder,"

Cut to in front of Capitol, where NARRATOR walks toward camera. Due to improbable cinematography and the optics portion of your high school physics class, there's symmetry between the 6'1″ dorky WASP on the ground and the 19'6″ Statue of Freedom on the dome, in size and position, that forms a centered, dividing visual line.

"…afraid they'll see a leaping form in a blue blazer and khakis flying their way."

Show the POUNCER perform another graceful Pounce in his studio space before returning to the screen-bisecting walk-and-talk.

"The polar vortex may be over but the weather report reads right-wing blizzard. Freedom lovers are apparently falling from the sky."

Repeat Pounce by POUNCER. Cut to NARRATOR seated at end of conference table. The table is very long. Behind NARRATOR is a whiteboard with "We're history's actors, and you, all of you, will be left to just study what we do." written in red marker.

"So, to help liberals stay safe from cons on the prowl, let's examine the anatomy of the conservative pounce."

POUNCER is shown sitting reading a newspaper. You can pick your least favorite paper to imagine here.

"First we see the conservative eyeing their target."

Shot of a picture of a hapless Virginia Democrat (There are so many to choose from but Gov. Northam's audition for the part had a lot of heart in it. Casting is recommending we go with him.) in the held newspaper.

"This could be, to pick a completely random and unlikely example, someone who is advocating for literal infanticide."

Shot of distressed POUNCER's face, zoom out as POUNCER stands up.

"If the conservative had a tail it would probably begin to twitch a little. Or at least, that seems to be the suggestion from the fearless truth-tellers at our legacy news institutions. You can see just where the pouncer realizes that some poor lib is thinking about, of all things, violating certain God-given inalienable rights, like life, liberty, or the pursuit of happiness. Note the way the conservative is naively and genuinely surprised to be having this conversation? [Extremely Owen Wilson voice, maybe just dub it:] Wow! … It's time to leap."

Repeat of the Pounce.

"Notice the form here. They really stick the landing."

Cut to NARRATOR in front of Washington Free Beacon sign in office. He takes a sip of beer, which he likes. Outro music, "New Slang" by The Shins, begins to play.

On Election Day, Here’s What the Polls Really Say 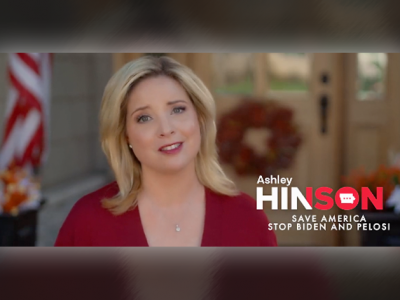