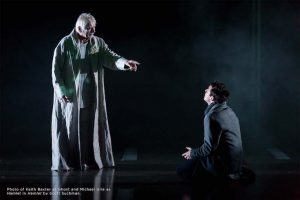 Let's get the basics out of the way. Hamlet is one of the greatest plays in history. The Shakespeare Theatre Company is a celebrated professional troupe. The Free for All series makes world-class theatre accessible to everyone, free to anyone willing to spend the time. It's good! Residents of the DMV, citizens of the states, tourists from the imperial provinces, go see it before July 21. It is time well spent. 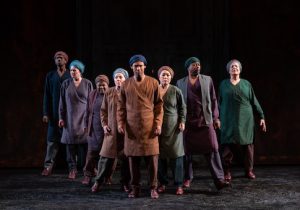 In 458 B.C. a director named Aeschylus won a contest, part of a yearly festival in which the collective performance and viewing of dramas was worship of the god Dyonisus, with three plays that make up The Oresteia. Today it is the only complete trilogy we have of its kind. 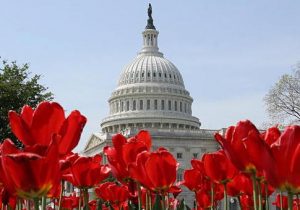 Centered shot of NARRATOR, who, you think, looks twee and ridiculous. He has a mustache these days and dresses a bit like he died in a trench in the battle of the Somme. He might be from Portland. He probably writes discursive book reviews his editors must inevitably cut 200 words from. All narration presented straight to the camera. 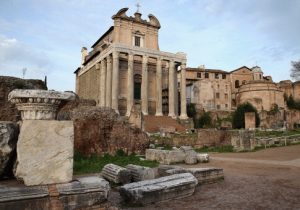 A detail in last September's New Yorker profile of Mark Zuckerberg likely struck many readers as odd, odder even than the many other eccentricities of one of the world's wealthiest men. Zuckerberg, writer Evan Osnos discovered, is obsessed with Augustus Caesar. The Facebook founder's wife accused him of bringing the emperor along on their honeymoon in, obviously, Rome, and the couple named their second daughter August. Having studied Latin in high school—it's like coding, Zuck said—he dove deep into Roman history and eventually found himself clinging, like the Roman people, to Julius Caesar's heir amidst the chaos of the city's civil wars. 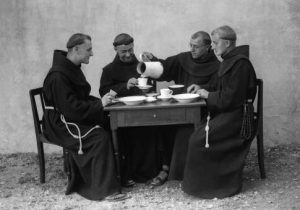 New Year's resolutions come in two kinds. Some resolve to sweep away the practices and habits of a prior way of life to produce a fresh start, a blank foundation on which to build a new and freer self. Others resolve to stay a given course, renewing an older dedication to do much as had been done before, but with greater deliberation and reinvigorated intention, seeking independence from what has hampered the effort. To make a joke, perhaps history and assonance allow us to call the first a French resolution, and the second American. Of course, many Americans are inclined to the former view of things. 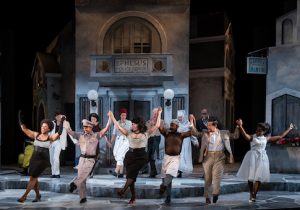 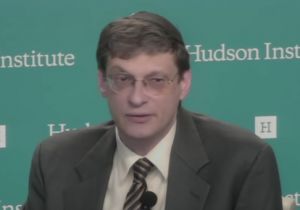 By the time the fire alarms sound at the Hudson Institute a few minutes into Tuesday afternoon, dozens of protesters have already been arrested for disrupting proceedings at the opening Kavanaugh confirmation hearing across town. So, though no one bothers to move even a little toward the exits, when the alarm turns out to be false one wonders, if just for a moment, whether this wasn't a deliberate delay. After all, nationalism is, at least to so many these days, such a dirty word. 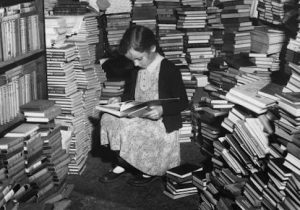 Reader, Come Home: The Reading Brain in a Digital World is a gentle manifesto from Maryanne Wolf. At Tufts and UCLA and elsewhere, Wolf is a teacher and student of the reading brain, the miracle of neuroplasticity you are using right now, and Reader, Come Home is a celebration of books that have pages, and a declaration of careful revolt against acquiescence to the tyranny of screens, and while I, convinced by her writing, initially drafted by hand this little essay to you, you are reading this on a computer, or on your phone, or perhaps a tablet, and are wondering about now if this sentence will ever draw to a close, or if like Cicero's colleagues in the Roman Senate you must really sit and wait in resignation for the syntactic labyrinth to unwind itself, until it arrives finally at a period. 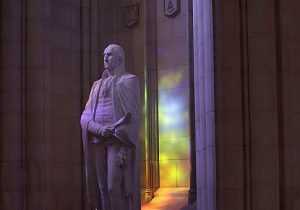 Cuius regio, eius religio. "Whose realm, his religion." With this 1555 declaration, and on behalf of his brother Charles V—by the grace of God, Holy Roman Emperor, forever August, King of Germany, King of Italy, King of all Spains, etc.—Ferdinand, King of the Romans, delayed a conflict that threatened to tear the continent apart. The Treaty of Augsburg offered the martialing princes of the Holy Roman Empire a settlement: Within their domains they would dictate religious life. Whether Catholic or Augustana confessing Lutheran, rulers and subjects would be united by faith and sword. But they would tolerate their neighbors. Later, in 1648, as the Peace of Westphalia brought over a century of European religious wars to a kind of close, this arrangement grew and spread and lay the foundations of modern religious pluralism. 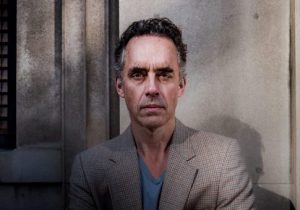 Reuben drove six hours to see Jordan Peterson. He brought his mother. It's his birthday present. Reuben, "like the sandwich"—"or the patriarch," I say, prompting a laugh of agreement—just finished his freshman year at a small Christian college. He's maybe a bit above average height, thin, with an open, intelligent face. He has a mop of curly hair and is wearing a sensible plaid shirt. He's studying something combining bits of business and engineering.
Previous Articles »