The Clinton Family Fortune, by the Numbers

Despite their financial struggles, the Clintons have become rich enough to take advantage of the one-percenter tax loopholes they once denounced as politicians.

How wealthy are they, exactly? Estimates range anywhere from $5 million (excluding the value of the their two mansions) to upwards of $100 million. Here a few figures to put their impressive fortune into context:

With that amount of money, you could buy…

15 minutes worth of a Hillary Clinton speech (the former first lady charges $200,000 for a one-hour speech)

4 minutes worth of a Bill Clinton speech (the former president earns as much as $750,000 per speech)

1 minute 56 seconds worth of "reporting" from NBC News special correspondent Chelsea Clinton (Business Insider reports that Clinton—who was paid an annual salary of $600,000 to, among other things, interview the GEICO gecko—earned approximately $27,000 per minute she appeared on air)

More than half the gross domestic product of the Marshall Islands (population 52,000)

2 hours, 1 minute – amount of work Hillary Clinton must perform to enter the top income tax bracket. It's also roughly the amount of work required to put her in the top one percent of earners.

100  – Percentage of Clinton family members who are one-percenters

$233 per hardcover copy  sold in the first week since the book’s release.

More than 55,000 times what Clinton was paid to defend a child rapist 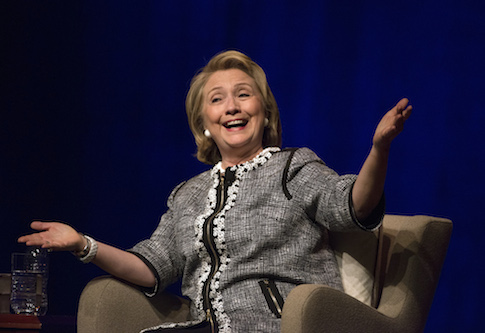