Anthony Weiner, the redeemed former congressman who helped take down one of the least likable presidential candidates in American history, is out of prison after serving a 21-month sentence for behaving like Bill Clinton on the internet.

"I hope to be able to live a life of integrity and service. And I'm glad this chapter of my life is behind me," Weiner said following his release from a halfway house in New York City, where he completed his sentence following an earlier stint at federal prison in Massachusetts.

Now that this regrettable chapter is behind him, what lies ahead for Weiner? I can think of at least one path that would give him a chance to put his money where his filthy mouth is regarding his commitment to "integrity and service."

Weiner is out. Weiner must get in.

The 2020 Democratic primary, that is. There are few sound arguments for why Anthony Weiner should not become the 14th white man to announce his candidacy for president. The current field of candidates is underwhelming, to say the least. Democratic voters are looking for an attack dog-style brawler who won't pull any punches.

The weight of former presidential frontrunner Michael Avenatti's baggage has become too much for some voters to abide. Enter Weiner, a hard-charging Bronx bulldog with an ethnic flair who has already served his debt to society. The Democratic field may be crowded, but the Avenatti lane is wide open.

Our modern age is dominated by complex technologies and shadowy cyber villains. Americans should demand a leader who possesses the digital savvy to navigate these challenges. Joe Biden is 76. Bernie Sanders is 77. They're the candidates to beat. Can these old farts be trusted to lead America into the 21st century? Or might voters be more inclined to put their faith in a candidate who has proven himself more than capable, time and time again, of penetrating the Silicon Valley swamp to connect with average Americans across a variety of digital platforms? When it comes to sliding into America's DMs and slinging dank memes like singles at a strip club, Weiner stands alone.

Weiner served in Congress for 12 years — twice as long as Beto O'Rourke, who can't even blog — and has experience dealing with maniacal oligarchs thanks to Huma Abedin's proximity to Hillary Clinton. If Weiner can stand up to Hillary, he can stand up to anyone. That's how foreign policy works. That's how presidential elections are won. 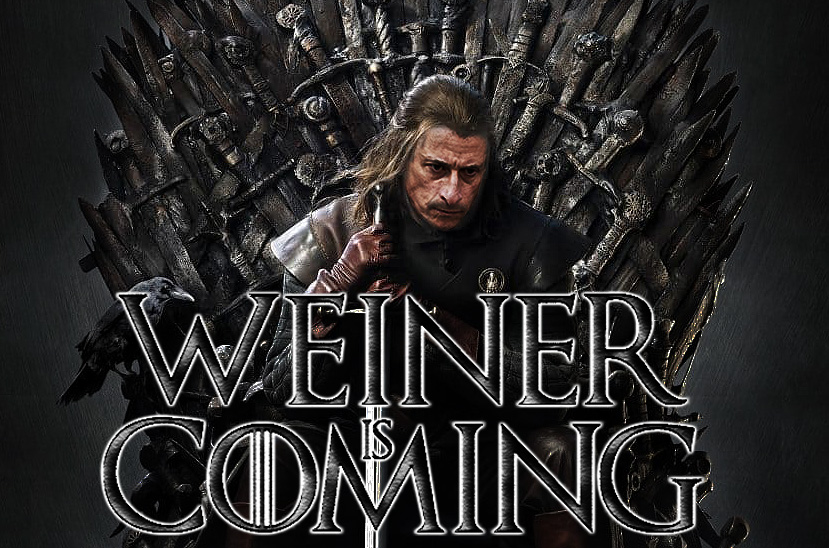