Pedestrians. How does one measure their worth to society? There are myriad ways. The most straightforward method, common sense, would recommend a low value to these urban villains who recklessly imperil the lives of hardworking, taxpaying motor-vehicle operators from sea to shining sea.

Regrettably, police in Arlington County, the soulless D.C. suburb where so many of the federal government's overpaid and overfed, underworked and undermotivated employees reside, have decided to overvalue pedestrian lives. In doing so, they have recklessly imperiled their own blue lives in a misguided effort to protect those who use crosswalks. This so-called "high-visibility pedestrian enforcement campaign"—a fancy way of saying "trying to get hit by a car"—is a tremendous misuse of police resources.

This morning, ACPD motor officers conducted a high-visibility pedestrian enforcement campaign at Fairfax Dr./N. Kansas St. During this time, 25 summonses were issued to drivers for Failure to Yield to a Pedestrian in the Crosswalk. pic.twitter.com/NO59KRRESH

Arlington County police could be arresting prominent Democratic donors for sex crimes. Instead, they spend all day trying to jumpstart workers compensation claims for daredevils getting run down at crosswalks. Perhaps they'd have better luck pretending to be cyclists, the lowest and most obnoxious social class in existence, behind even graduate students, to the extent there is a difference between the two.

Police issued 25 citations, which carry a fine of up to $500, to drivers who failed to come to a screeching halt. It is just the latest example of the "Beltway mindset" run amok and should be frowned upon. Meanwhile, cyclists in New York City are terrorizing pedestrians and racking up a significant body count.

Decline is a choice. 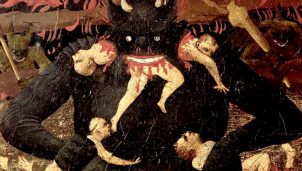 Opinion: Get Over COVID