As we noted yesterday, noted Democratic donor George Clooney is a bit of a hypocrite for jumping on the "Oscars aren't diverse enough!" bandwagon. The liberal icon has a history of making the whitest movies in the industry. You know who has a much better track record of diverse filmmaking?

It's Eastwood, after all, who made the Oscar-winning film Bird, about the legendary jazz musician Charlie Parker. Compare the cast of that film: 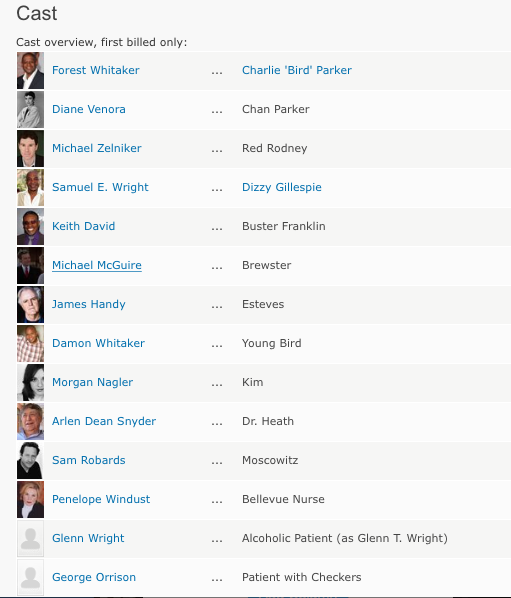 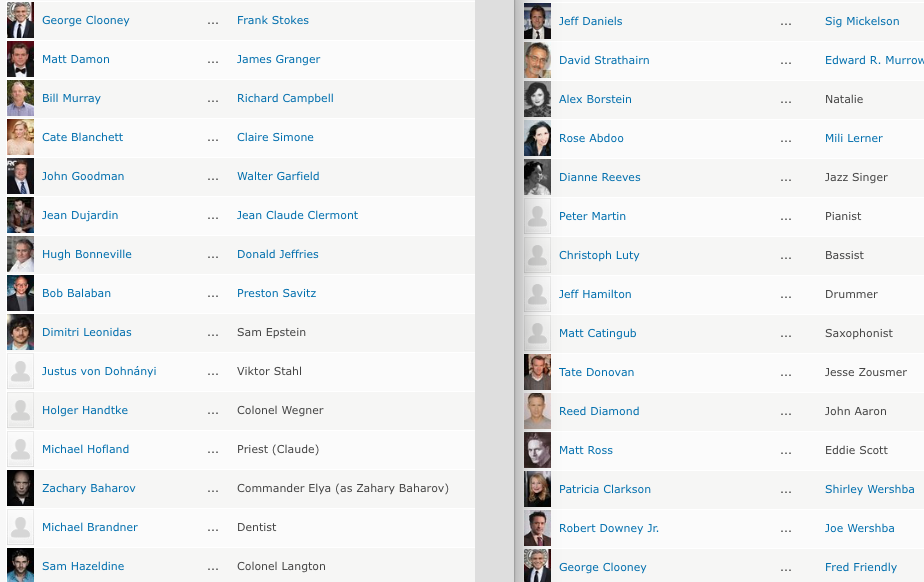 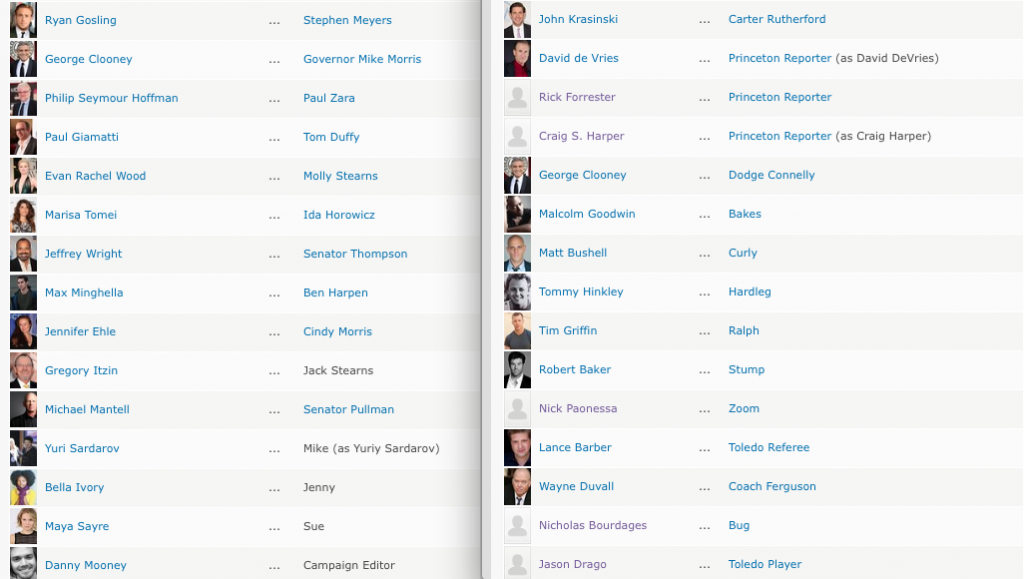 Big difference, as you see. And, of course, no discussion of Eastwood would be complete without mentioning his collaborations with Morgan Freeman. Whereas George Clooney merely talks about the sad state of diversity at the Oscars, Eastwood has quietly crafted a series of Oscar-caliber performances for his friend and frequent coworker Freeman: Freeman won in 2005 for his turn in the Eastwood-directed Million Dollar Baby and was nominated in 2010 for the Nelson Mandela-focused Invictus. Freeman also had a key, meaty role in the Eastwood film Unforgiven (nine Oscar nominations).

Additionally, Eastwood has made films with a heavy focus on non-white communities. His Oscar-nominated Letters from Iwo Jima is one of the few American war films to take seriously the Japanese side in World War Two, while Gran Torino, a film focused on the Hmong community in Detroit, was one of the biggest box office surprises in recent memory, grossing $148 million domestically and amassing the 12th-highest take that year.

So, look: You can talk about the importance of diversity, as liberals like George Clooney like to do. Or you can, you know, make something worthwhile that also happens to be diverse in nature without pandering, as the conservative Clint Eastwood has done. Kudos to Clint for commitment to making the best movies he can make—and adding a splash of diversity in the process.

(h/t to my friend Alan Zilberman, who noted the irony to me on gchat. I promise to split all the Internet dollars this post generates with him.)