#OscarsSoWhite, in Part Because of George Clooney

George Clooney, who has never been one to shy away from smugly hyping Hollywood's supposed commitment to tolerance, told Variety that he thinks it's a real shame there are so few roles for actors of color in Oscar-caliber movies. Here's Clooney:

But honestly, there should be more opportunity than that. There should be 20 or 30 or 40 films of the quality that people would consider for the Oscars. By the way, we’re talking about African Americans. For Hispanics, it’s even worse. We need to get better at this. We used to be better at it.

It's interesting that Clooney would make this argument since he has a long history of not featuring actors of color in prominent roles in his Oscar-caliber films.

Consider, for instance, The Monuments Men, which Clooney wrote and directed. Go on, consider it: 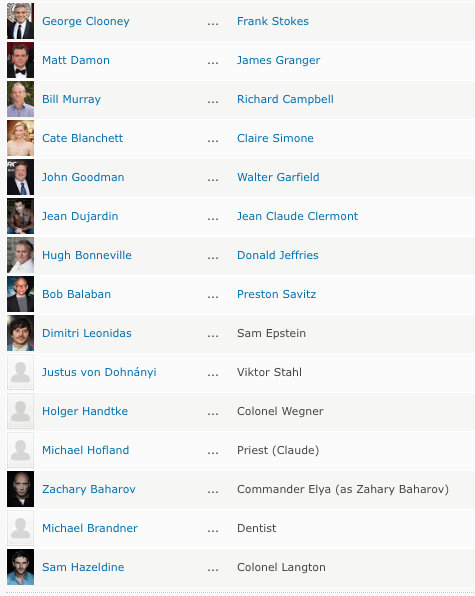 That's pretty f—ing white, man. I'm not really sure how much whiter you can get: Cate Blanchett might actually be an albino, I dunno. It's an open question, at the least.

How about another Clooney film, Good Night and Good Luck. This movie was up for several Academy Awards. Was it much less white? 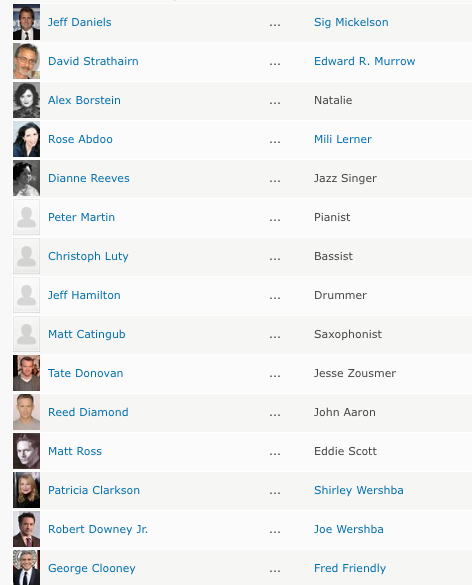 Hey, look! An improvement! Some black extras! I mean, sure, "Jazz Singer" is probably not the sort of role that's going to bring home a statue (unless you're talking about, you know, the Jazz Singer). But that's slightly better, I guess. Ides of March, another Oscar-nominated film that Clooney wrote and directed, is a movie that actually has a black character with some actual, meaty lines. Emphasis on "a": 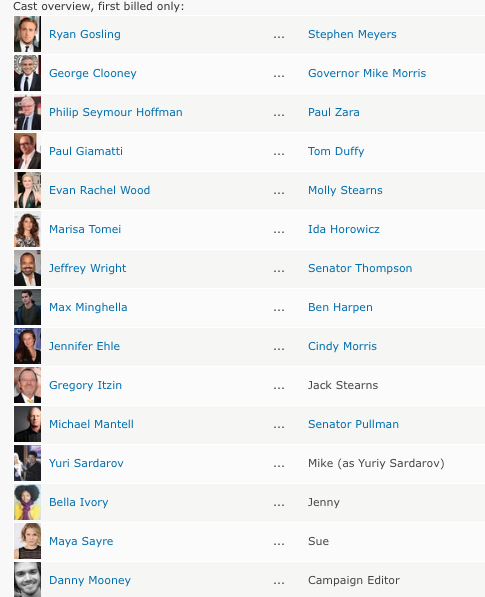 If I remember correctly—and I could be misremembering; oddly, Ides of March isn't a movie that's stuck with me—Jeffrey Wright's character is only actually in a few scenes? He has a handful of lines? His character is kind of the overarching presence, in that Clooney's character needs to gain his support. But he's not really in the film very much, right? I dunno, anyway, kudos to George on that one!

I did not see Leatherheads, another Clooney-directed feature that has, as best as I can tell, one minority character in it: 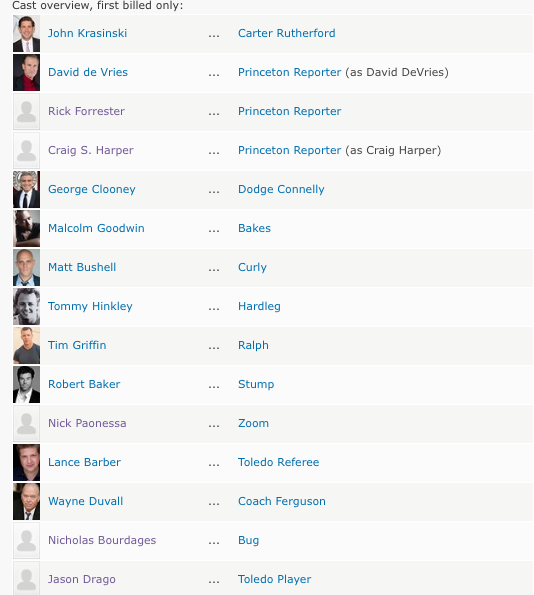 And then, of course, you have Confessions of a Dangerous Mind, which is, let's see, yup, pretty white: 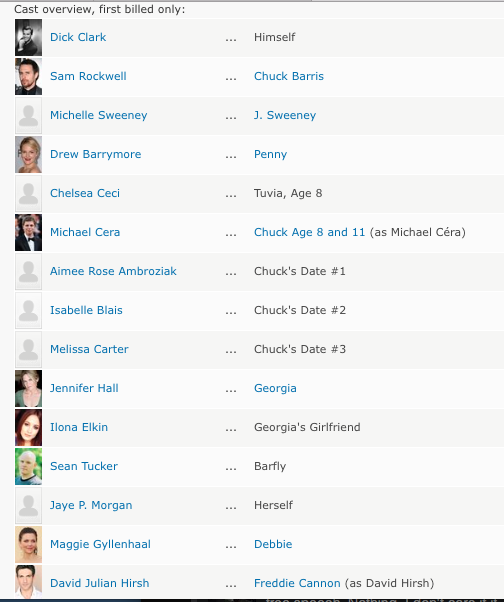 Now, look: I don't blame George Clooney for this, exactly. I mean, I think it's weird that, flipping through my mental rolodex, the only African-American actors I can really remember him acting alongside in film are Don Cheadle in the Ocean's movies and Ice Cube in Three Kings. (I assume I'm missing some—oh, wait, there was a black guy in From Dusk Til Dawn, right?—though probably not that many.)

But he hasn't exactly been a shining beacon when it comes to African-American representation in high-caliber films, now has he?