COUNTERPOINT: What To Do If The Worthless Youngsters In Your Life Get Their Panties In A Bunch Over Your Internet Habits

Get off my digital lawn, you feckless ingrates

I don't always comment on the articles written by so-called "journalists" these days, but sometimes I'm compelled to share my thoughts. Now is one of those times. I recently came across the following post on Twitter, often referred to as "Instagram for nerds," about the trendy young communists who want to strip an entire generation of Americans of our First Amendment rights.

So much "digital literacy" talk focuses on kids and teens but older people are often the bigger problem. Just sent this to a bunch of friends who have said they feel helpless with their parents constantly posting conspiracy theories on FB https://t.co/JBSGoqGsPb

Summer is great for three reasons: 1) jet skis, 2) babes in bikinis, and 3) the dank memes coursing through my social feeds. Not surprisingly, the libs are trying to ban all three. Jets skis are "dangerous" and "bad for the environment." Looking at hot babes is "sexist" and "oppressive."

Now they've decided that old people can't be trusted with technology, and sharing a dank meme about Bill de Blasio's freakish body or Hillary Clinton's secret death squads is "conspiracy mongering." Where does it end? How long before the pathetic mobs of trust-fund terrorists and baristas with law degrees start clamoring for Ättestupa?

I didn't storm the beaches at Grenada to have my constitutional rights trampled on by a bunch of coddled killjoys who couldn't mount a successful invasion of a Chuck E. Cheese. Take my "woke" delinquent nephews, for example. The only thing they know how to invade is my damn privacy, which is ironic since they keep rejecting my follow requests. What are they trying to hide? To what weird fetish community do they belong?

I know what they're really afraid of. The truth, for starters. My "extreme" content. They'd probably call it "fake" as well, even though I've been trying to warn them for years that Hollywood was run by depraved lunatics, and how the entire political class is beholden to a secret cabal of billionaire pedophiles. Meanwhile, they're mostly posting drivel about how it's too hot to have brunch outside in Bushwick thanks to "climate change," or throwing a tantrum about how Colin Kaepernick can't afford a Ferrari made of diamonds or whatever the f—k.

I'm telling you, my nephews Brayden and Gulliver (No, I'm not kidding) are terrified of my sinewy, logic-based intellect. They're afraid I'll unleash an artillery barrage of ownage on their triggered friends in the comments section. They're afraid I won't adhere to their cherished "norms" like not initiating political debates in a conversation about funeral arrangements. (For the record, I was proven right about the Iran Deal, and Uncle Roddy really was a boring nerd who could have showered more.)

GUEST COLUMN: How to Survive Independence Day with Your Lazy-Assed, Freedom-Hating Millennial Nephew

They're not the only ones. I used to fly a lot before I learned the truth about the airline industry, and I can't tell you how many angsty glares I got from the chain-wallet Chapo freak sitting next to me as I crafted some truly epic memes and blasted Jethro Tull deep cuts on my iPad. Meanwhile, he's trying to watch the latest Shia LaBeouf vehicle with Esperanto subtitles like a total maniac. When he got up to use the lavatory, I wrote "Gender Binary 4Ever" on the boarding pass for his connecting flight. I wish I could've seen the look on his face when he realized he'd been owned.

My advice to my fellow advanced-age patriots is pretty simple. If the callow PC leftists in your life start raising hell about your internet habits, FIGHT BACK. Stock up on Trump 2024 bumper stickers for the next time they park in your driveway. If they have a flight to catch, enlist an accomplice to distract them while you hide a value-size bottle of Trump cologne in their carry-on bag. Post a Craigslist ad for "Missing Balls" and list their cell phone as the primary contact. You get the idea. Think Black Mirror meets "Red Wedding."

Our president doesn't have to fight alone. 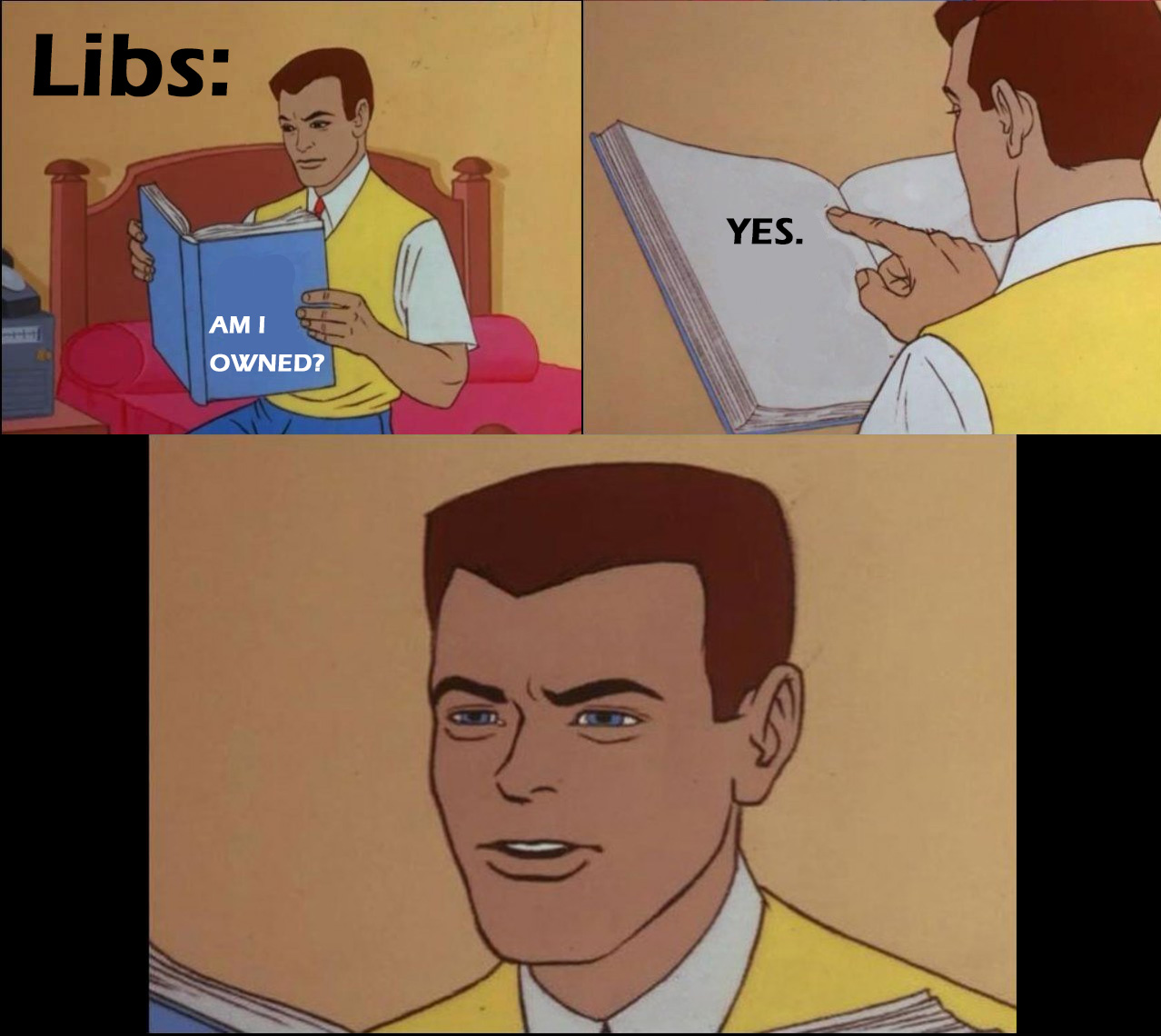