From the gridiron to the diamond to the hardwood, Washington teams are the best hosts come playoff time. Verizon Center yesterday became Staples Center East, but instead of Jack, Denzel, and JT, Verizon welcomed enough star power to (maybe?) charge your cell phone.

Even with Wizard lifer Wolf Blitzer in the house, only one D.C. celeb scored the invaluable POLITICO Playbook h/t:

SPOTTED, at game 4 of the Wizards heartbreaker loss to the Pacers: Luke Russert in the front rows, sporting the throwback Wizards Michael Jordan jersey, and giving the refs the business.

I don't know who tipped the Mike Allen, but the only other outlet to spot the MSNBC boy toy was USA Today: 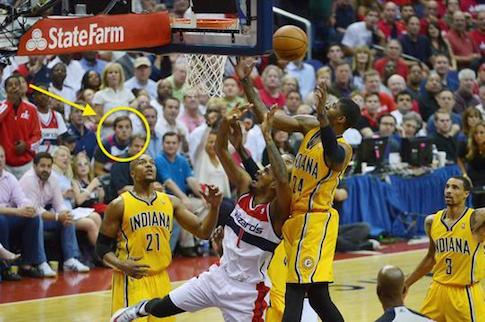 No grown man past the age of 22 is allowed to wear another man's sports jerseys. (WNBA jerseys are O.K.)

The thing about being a grown man and wearing a sports jersey out in public is that you join dubious company. For example, men who left their pants at home. 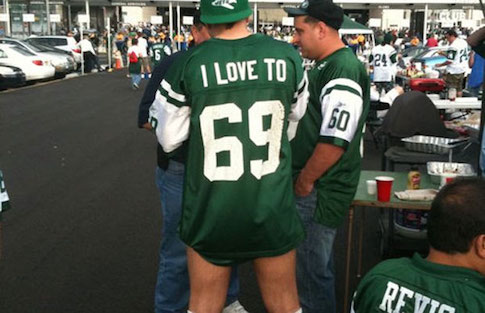 People also use their custom jersey as a platform to make awful political statements. 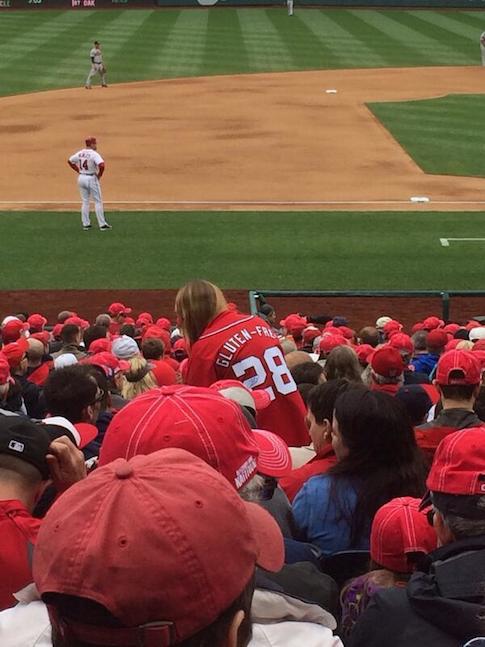 At least Luke didn't succumb to the dreaded "significant other jersey." I can come up with one problem among my dude's 99. 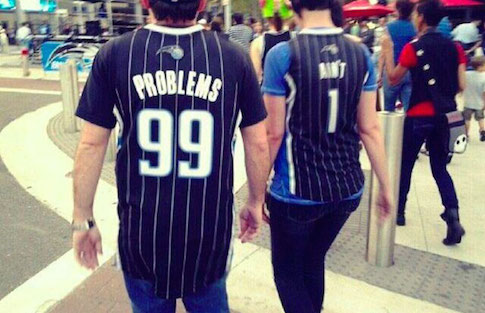 There's one exception to this rule: 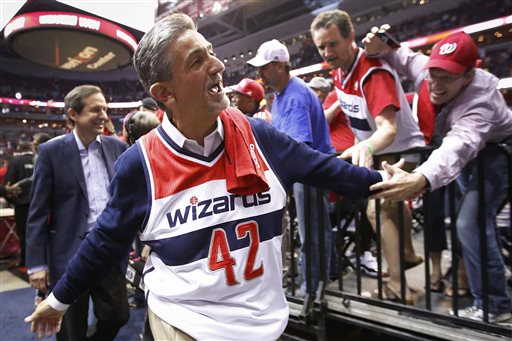 The only guy allowed to wear another man's jersey out in public is the guy who signs the checks.