The @washingtonpost, which loses a fortune, is owned by @JeffBezos for purposes of keeping taxes down at his no profit company, @amazon.

If @amazon ever had to pay fair taxes, its stock would crash and it would crumble like a paper bag. The @washingtonpost scam is saving it! — Donald J. Trump (@realDonaldTrump) December 7, 2015 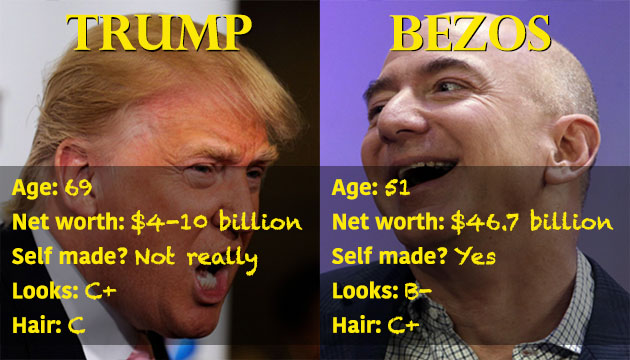 So it's not very surprising that a jealous baby like Donald Trump would attack another, much richer, far more successful, younger, self-made billionaire with a more attractive face and better hair. Some people are just better at winning than others. Speaking of winning: