Tonight, we will wake from living the dream real hard: It's the last Bachelorette night in America until 2014!

Chris Harrison promised an EMOTIONAL CONCLUSION to these otherwise mildly to moderately dry proceedings. At some point, Dez will weep, "I just want to go home…to be honest."

Let's run the table here. She has three options: 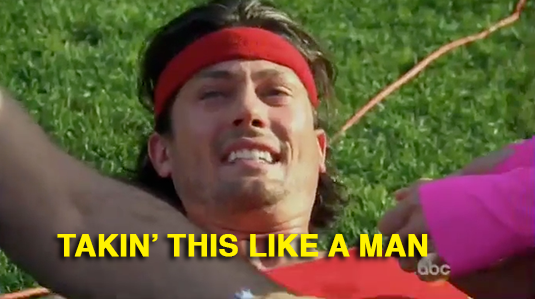 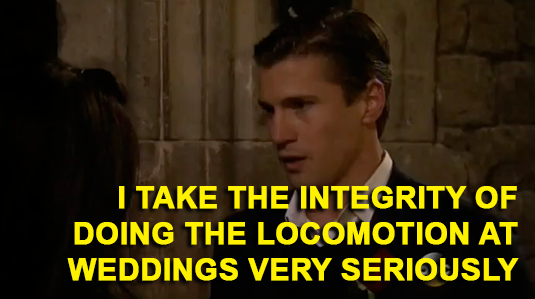 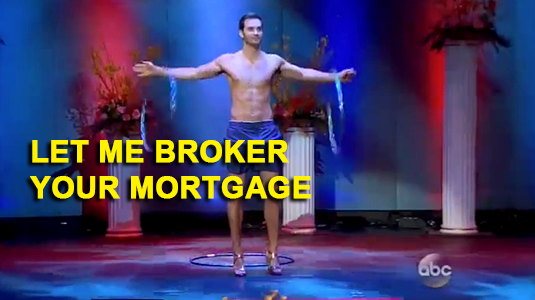 I think Brooks is the heavy favorite. You can never discount the allure of a tall man who wears sweaters and isn't visibly interested in a given woman. After the Neck Crackin' That Shook Oregon, I think we can rule out Chris.

As for Drew: In one of the roughly 18,427 "This Season on The Bachelorette" previews, Drew sat on a dock and said he couldn't do something. Is his exit the VERY EMOTIONAL TWIST? Is that what inspires Dez to want to go home (to be honest)? Or maybe Drew just refuses to go parasailing (emotionally)?

Finally, I keep trying to shoehorn this into the recaps, but have been felled at every turn. Have you seen this Slate piece from a few weeks ago? It's about the language situation:

Here's why her season—and any bad season of The Bachelor(ette)—is nevertheless worth watching: No other cultural product today so consistently and entertainingly dramatizes the inadequacy of the English language in the face of love, or whatever it is that without fail seems to actually develop, despite our skepticism, between the show's star and one or more of its contestants. Brooks, while grammatically confused, is right: We do need more words to talk about how we feel. There should be nameable gradations on the spectrum between like and love. "I lurve you," says Woody Allen's character to Annie Hall. "I loave you, I luff you." He's got the right idea.

Bachelor(ette) viewers are liable to experience multiple sensations of déjà vu over the course of a season—not only because every season is structurally and aesthetically identical, but because most of us have acted out some version of these scenes ourselves.

Which is to say, when it comes to love talk, we mostly resort to stammering nonsense and clichés. "I just, you're so, I don't know, it's just that, never mind, I just think, I just think you're really great," is the kind of dumb thing I sometimes hear myself saying to my lovely girlfriend. […] And here's a quote from a recent contestant on The Bachelor: "I'm like, god, you know, is he, am I not, is that, he's not gonna pick me, because he feels like maybe I'm not emotionally weak enough to be able to, you know, be so needy, you know, and om, it scares me because I'm feeling like, I'm feeling for you, really and really strongly, and I want you to make me feel comfortable enough so that I can fall in love with you, and I'm just, I'm, I don't know, I'm not used to feeling like this, I didn't expect to come in and feel this way."

It's a good read. Still, I have to quibble: I'm no wizard of articulation myself, and it may be that our vocabulary of passion (whatever) is inadequate, and Dez and Brooks aren't exactly Dickinson and Yeats, but, well, the language on the show is pretty bad. The fault may lie with the editing, which weirdly cuts out any actual conversation about these people's lives. But the whole enterprise is like somebody's stringing sentences together from a set of those refrigerator word magnets:

Joan Didion has a line in "Slouching Towards Bethlehem" that seems relevant: "Their only proficient vocabulary is in the society's platitudes." She was writing about the teenage hippies in Haight-Ashbury in 1967 but, you know, six of one, half dozen of the other.

So, hey, who's excited for the Bachelorette?? If you want to get in a bet on who's winning this or if we're in for a good jilting, hit me up on Twitter @katherinemiller.

Katherine Miller is the Managing Editor, Digital for the Washington Free Beacon and Center for American Freedom. Previously, Miller worked for the Student Free Press Association, a nonprofit organization for college journalists. She graduated from Vanderbilt University in 2010, and resides in Arlington, Va. Her Twitter handle is @katherinemiller.