Visitors to Times Square this week will be greeted with a reminder of the record inflation facing the country and the president overseeing it, while he slobbers over an ice cream cone.

The Job Creators Network, a business advocacy group, on Thursday set up an electronic billboard in the busy New York City intersection that shows President Joe Biden eating an ice cream cone next to statistics showing the soaring prices of the dessert's ingredients.

"HERE'S THE SCOOP: Bidenflation is a recipe for disaster," the billboard reads. "C'mon Joe, the numbers don't lie." 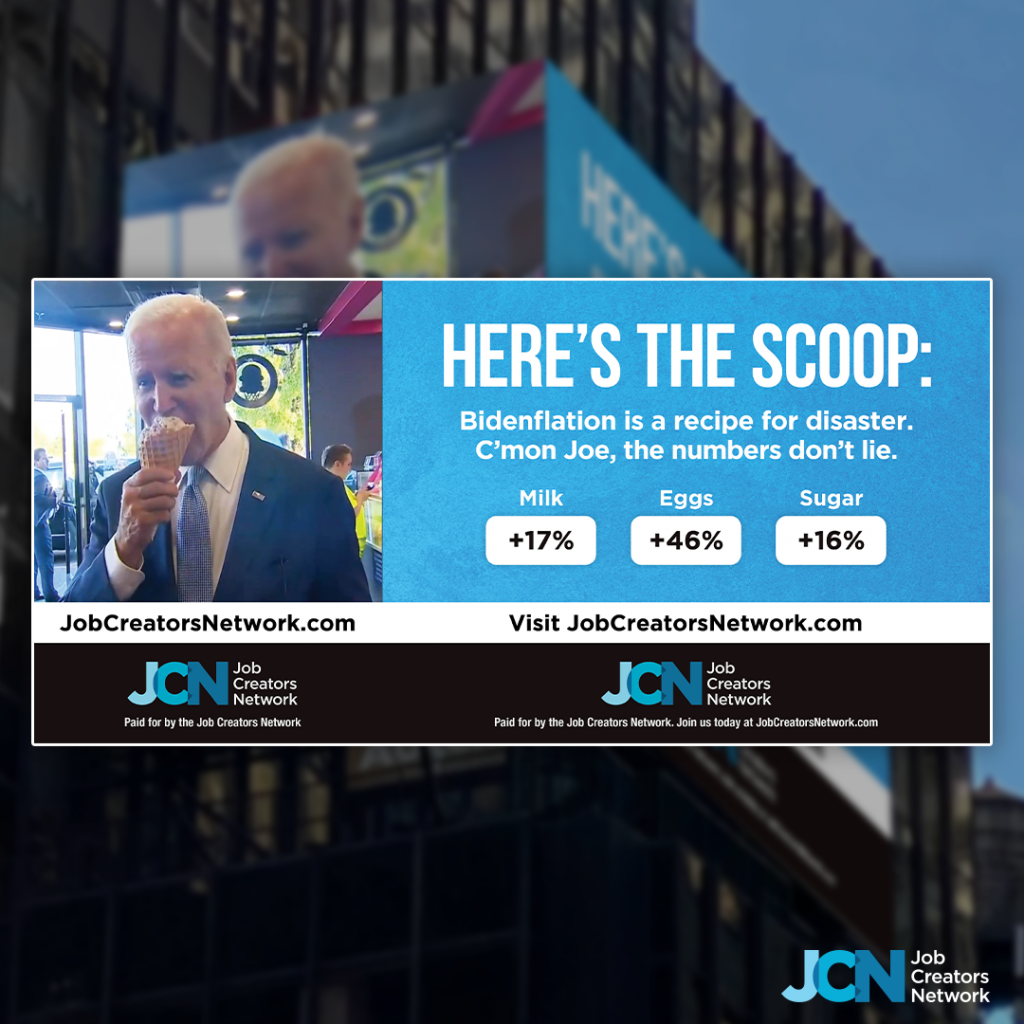 The billboard purchase comes as polls show inflation and the economy are the top issues for voters ahead of the midterm elections. The price for food at home has risen 13 percent since last year, according to the latest Bureau of Labor Statistics report, and energy prices have soared as well, with gasoline up 18 percent and utility gas up 33 percent.

Job Creators Network president Alfredo Ortiz said the billboard serves as a rebuttal to Biden's "delusional" claim that the U.S. economy is "strong as hell."

"I'm sure the small business owner who scooped that ice cream cone could have given him an earful about their struggles with supply chains and inflation," Ortiz said. "Bidenflation is giving this economy a painful ice cream headache."