Left-wing insurgent Charles Booker on Thursday jumped to a lead over Amy McGrath, the establishment-backed candidate in Kentucky's Democratic primary who has spent 40 times more than her competitor.

The barrage of absentee ballots could help McGrath close the gap, as Booker's campaign failed to gain significant momentum until mid-June, weeks after absentee voting began in the state. Ballot requests in many counties, however, peaked around the time of Booker's surge. In addition, Jefferson County has received more than 160,000 absentee ballots as of Thursday morning—Booker is expected to win a sizable margin of those votes given his ties to the area.

Booker celebrated his newfound lead in a Thursday morning tweet, saying, "something big" was going on in the state. McGrath has yet to address the new vote total.

McGrath will become the biggest fundraiser to lose a congressional primary in U.S. history should she fail to close the gap. She was endorsed by the Chuck Schumer-controlled Democratic Senatorial Campaign Committee in February, using the national support to raise nearly $41 million. Nearly 97 percent of her campaign funds came from out-of-state donors, as McGrath ran watered-down ads in major liberal cities to court donors.

Booker, meanwhile, raised just $793,000 as of June 3, spending $508,000 to McGrath's nearly $22 million. McGrath did not respond to a request for comment and did not indicate whether she would support Booker financially should he win the nomination.

Booker's campaign was boosted by Black Lives Matter protests across the state following the police killings of Breonna Taylor in Louisville and George Floyd in Minneapolis. While Booker was seen front-and-center at protests across the state, McGrath said during a June 1 debate that she had not attended a demonstration. Booker enjoyed a slew of national endorsements following the debate. He is backed by Sens. Elizabeth Warren (D., Mass.) and Bernie Sanders (I., Vt.), and progressive Reps. Alexandria Ocasio-Cortez (D., N.Y.) and Ayanna Pressley (D., Mass.).

Absentee ballots are expected to be reported statewide on June 30, one week after Tuesday's primary. The eventual nominee will face Senate Majority Leader Mitch McConnell, who won his primary by 82 points, in November. 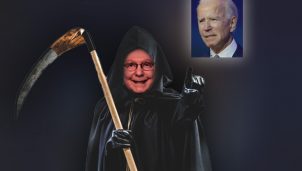