Kamala Harris's husband headlined a fundraiser hosted for her campaign by lawyers at Kirkland and Ellis on the same day the California senator blasted the law firm for its defense of Jeffrey Epstein, the Associated Press reports.

"In our democracy, no one—no matter how powerful or well-connected—is above the law," Harris said in a statement released by her campaign last Tuesday. "Yet Epstein’s deal, secured by his lawyers at Kirkland and Ellis, calls into question the integrity of our legal system and undermines the public’s confidence that justice will be served."

Just hours before the statement was released, Harris's husband, lawyer Doug Emhoff, was in Chicago at a fundraiser for Harris hosted by six partners at Kirkland and Ellis. Her campaign told the AP it decided to go ahead with the fundraiser despite her attack on the firm's previous work.

Ian Sams, a Harris spokesman, said there wasn’t a problem with accepting the campaign contributions because the firm is big and the partners who hosted the fundraiser didn’t work on Epstein’s plea agreement.

"The people involved in that case have not supported her campaign, and she wouldn’t want that support anyway," Sams said.

The firm and the six partners named on the event invitation did not respond to requests for comment.

The AP said Harris's "decision to move ahead with the fundraiser hosted by Kirkland and Ellis partners while criticizing the firm underscores the tension that can arise when a politician’s rhetoric collides with their need to raise money to sustain a presidential campaign."

The Harris campaign declined to disclose how much money was raised at the fundraiser.

Sams, the campaign spokesman, said, "It's an international law firm with thousands of employees, many of whom probably support Kamala Harris because she’s a tough prosecutor who actually knows how to put away predators, unlike the Trump lackeys who protect them." 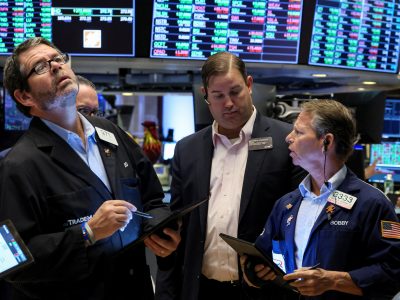 John Fetterman Told His Constituents To ‘Eat More Vegetables.’ He Was Flabbergasted When Dr. Oz Told Him the Same.