"#RIP Rep. Elijah Cummings 🙏," the African-American women's magazine wrote in a now-deleted tweet that included a picture of the very much alive Lewis. 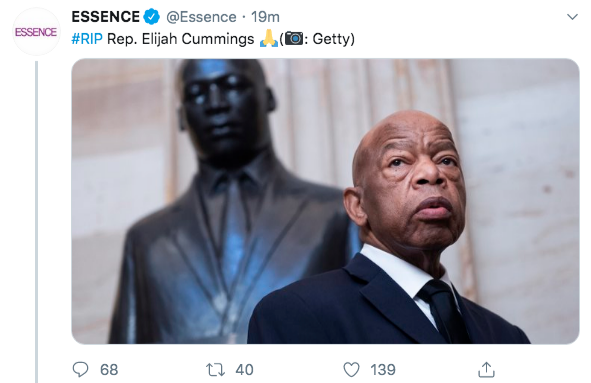 Getty's caption of the image says, "Rep. John Lewis, D-Ga., is seen near the statue of Dr. Martin Luther King, Jr., in the Capitol Rotunda before a memorial service for the late Rep. Elijah Cummings, D-Md., in Statuary Hall on Thursday, October 24, 2019."

In an earlier tweet, the magazine noted former president "Barak" Obama was present at Cummings's funeral, misspelling the name "Barack." That tweet was also deleted. 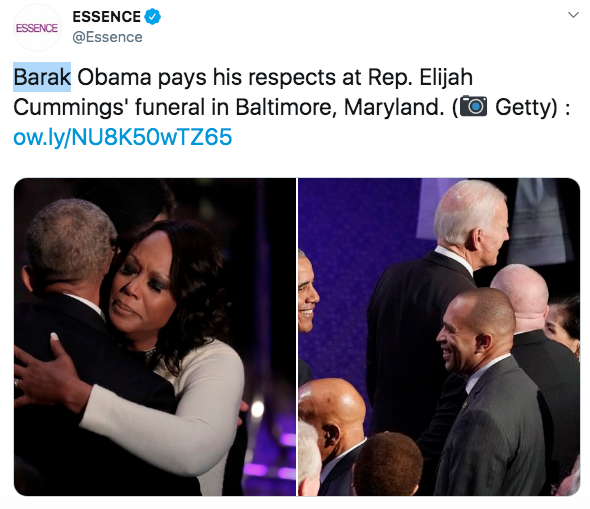 Cummings was frequently mistaken for Lewis in life, due to both men being bald, African-American congressmen. Lewis's digital director Andrew Aydin even poked fun at the confusion in a respectful tweet shortly after Cummings's death at the age of 68.

Helpful reminder, that’s Rep Elijah Cummings on the left and Rep John Lewis on the right. Sitting with Rep Lewis today eating lunch, he couldn’t stop sniffling. His tears for his friend did not stop and this loss is felt by all of us on the hill. pic.twitter.com/8houhZNbSp