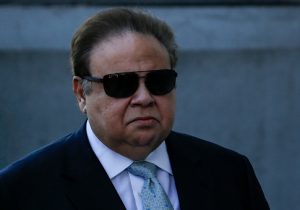 Democratic Sen. Bob Menendez's (N.J.) lengthy corruption trial ended Thursday in a mistrial after the jury deadlocked on all charges.

Democratic Sen. Robert Menendez (N.J.) flew so often on his wealthy doctor friend's private jet that the pilot stocked the plane with his favorite brand of bottled water, according to testimony from the senator's high-profile corruption trial on Wednesday. 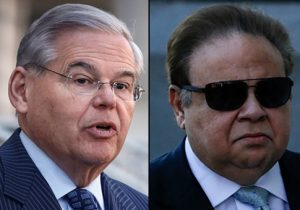 Federal prosecutors asserted in a new document filed Wednesday that Democratic Sen. Robert Menendez (NJ.) started taking bribes from a wealthy donor shortly after he entered the Senate in 2006. 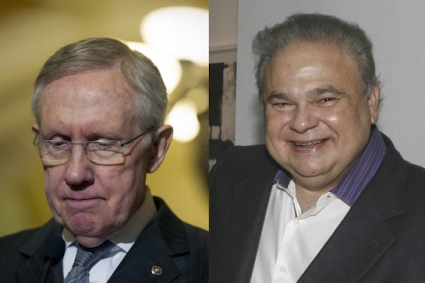 Remember Salomon Melgen? He is the Florida ophthalmologist and major Democratic donor whose relationship with Senator Bob Menendez (D., N.J.) prompted a federal investigation amid allegations that the Senator accepted and failed to report inappropriate gifts from Melgen and used his influence in Congress to protect Melgen’s financial interests in the Dominican Republican. Melgen is back in the news after a Wall Street Journal lawsuit revealed that he was the single largest recipient of Medicare reimbursements in 2012, collecting more than $20 million from the federal government that year. 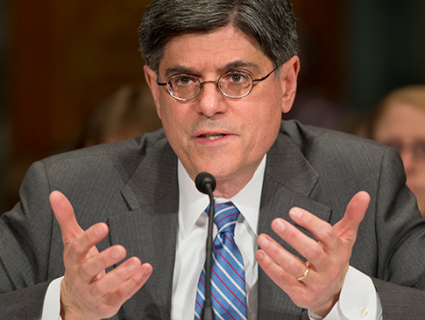