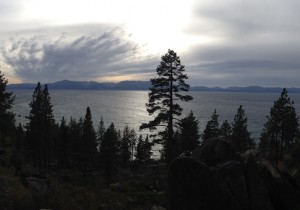 CARSON CITY, Nev.—Not far from Lake Tahoe, just around the corner from the Comstock Casino, within two miles of no fewer than nine trailer parks, is a resort owned by a U.S. senator. It bills itself as a resort, anyway. Democrat Sen. Mark Begich’s home state of Alaska is proudly not of the mainland. “Outsider” is a political epithet in Alaska, one Begich has used against Republican challenger (and former state attorney general) Dan Sullivan.

My must read of the day is “A Tiny Alaskan Island Halfway To Russia Could Decide Control of The Senate,” in Talking Points Memo. 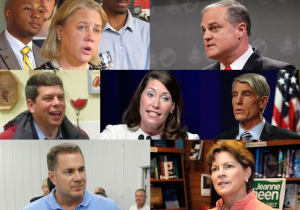 Something peculiar has happened. As I write, none of the Republican candidates for Senate has become a public embarrassment. On the contrary: For the first time in a decade, it is the Democratic candidates, not the Republican ones, who are fodder for late-night comics. That the Democrats are committing gaffes and causing scandals at a higher rate than Republicans not only may be decisive in the battle for the Senate. It could signal a change in our politics at large. 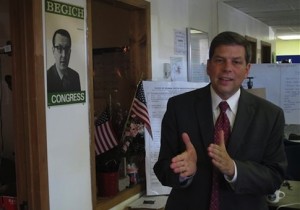 Democratic Sen. Mark Begich has changed his tune on a major environmental issue in his state of Alaska. Just months ago he was concerned about job losses. But seeing an opportunity to attack “the Koch Brothers,” his environmentalist side has emerged.

In a piece Friday morning, Politico writes that three of the “big Senate races” are breaking toward Republican candidates. If you look at the latest headlines about each state, it seems like they’re right.