Teen Vogue on Monday announced the hiring of a new editor-in-chief, nearly two months after the previous candidate, Alexi McCammond, was forced to resign over a series of problematic tweets she wrote as a teenager.

Versa Sharma, the person tapped to replace McCammond, could face a similar backlash after the N-word was discovered in a tweet she posted in 2014. Sharma, a managing editor at the news website NowThis, tagged a Twitter user whose handle included the racial slur. She posted the hateful message in response to another user's tweet that also contained the racial slur. Sharma, 34, was in her mid-20s at the time. 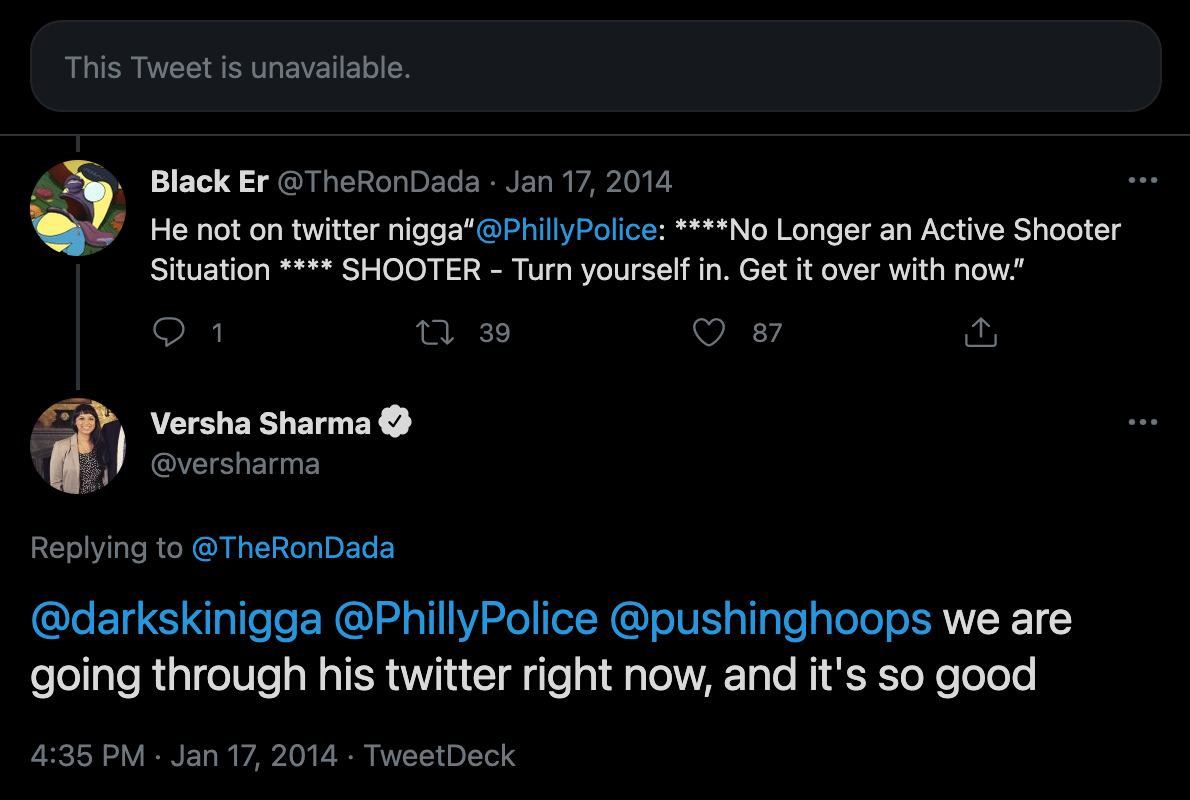 Anna Wintour, the chief content officer of Teen Vogue parent company Condé Nast, described Sharma as "a natural leader with a global perspective and deep understanding of local trends and issues—from politics and activism to culture and fashion." Wintour did not address the N-word controversy.

Sharma, meanwhile, declined to weigh in on the McCammond controversy during an interview with the New York Times. "I don't really feel it's my place to comment on that," she said. "All I can say is I share the values of the Teen Vogue staff and audience, and I'm very excited to work with them and work together moving forward."

According to the journalistic standards established by the Times, self-respecting publications "do not tolerate racist language regardless of intent." Those are the words Times executive editor Dean Baquet used to justify the paper's decision to cut ties with longtime science reporter Donald McNeil, who was alleged to have used the N-word in a non-racist fashion during a Times-sponsored trip to Peru.

Baquet ultimately walked back his comments regarding intent, further muddling the industry standards for assessing racist language. McCammond, for example, was forced to resign even though she deleted the offending tweets and issued multiple apologies for using problematic language as a teenager.

Promoted violence against the trans community by using gender-exclusive language:

Dabbled in the sexual objectification of religious minorities:

Do these tweets represent the kind of inclusive leadership required to succeed in online journalism? Teen Vogue—the publication behind such epic posts as "Kendall Jenner Just Wore $55 Sneakers" and "29 Best History Memes That Are Totally Hilarious"—deserves better.