'You don't have balls unless you're f---ing rolling coal, man, goddamn it.'

A Southwest Airlines pilot (and future Washington Free Beacon Man of the Year winner) made headlines this week after his epic rant about the "goddamn liberal f—s" in San Francisco was inadvertently caught on tape.

Because the story went viral, the Free Beacon Truth Squad felt it was appropriate to subject the pilot's remarks to thorough fact-checking analysis. Here's what we found.

ANALYSIS: This portion of the pilot's rant isn't wrong, per se. It just lacks important context that could enhance the listener's understanding of the "goddamn liberal f—s" who inhabit San Francisco.

In 2019, for example, the city elected District Attorney Chesa Boudin, a 40-year-old communist who was raised by terrorist Bill Ayers (no, seriously) after his parents went to prison for their role in an armed robbery that left two police officers and a security guard dead.

Boudin's résumé includes a stint as a translator for Venezuelan dictator Hugo Chávez. His grandfather worked as an attorney for Fidel Castro. On Boudin's watch, San Francisco has become a poop-infested playground for petty criminals. Homelessness is out of control, and Walgreens has been forced to close multiple stores due to rampant shoplifting and vandalism, crimes that are rarely prosecuted.

House speaker Nancy Pelosi (D., Calif.) represents San Francisco in Congress. Diminutive liberal Robert Reich, who served as labor secretary under President Bill Clinton, lives there. Reich purports to be an advocate for social justice, but like most of the rich libs in San Francisco, he adamantly opposes efforts to promote social justice in his own backyard.

ANALYSIS: While it's indisputable that San Francisco residents are "f—ing weirdos" who drive on "f—ing roads and shit," the pilot's suggestion that most of them are "driving around in f—ing Hyundais" is at odds with the available evidence.

According to a Google search for "most popular cars in San Francisco," Hyundai doesn't even crack the top 10. The weirdos are far more likely to be driving a Honda or Toyota. The richest libs, who are often the weirdest, are probably driving a Tesla, or riding a goddamn bicycle.

In 2019, San Francisco City Hall approved a resolution to lower speed limits throughout the city, so it's more likely than not that these weirdos are driving "slow as f—." Just not in a Hyundai.

CLAIM: "You don’t have balls unless you're f—ing rolling coal, man, goddamn it."

ANALYSIS: Rolling coal is one of the most effective ways to establish one's possession of balls. But it's not the only way. Owning at least one pair of Truck Nutz, for example, is an acceptable alternative. 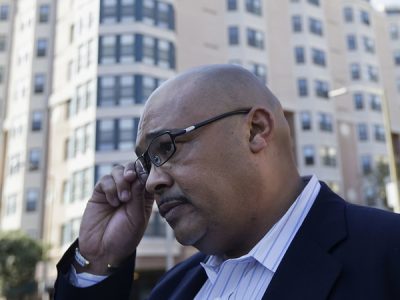 California College Distances Itself from Planned Event with Palestinian Terrorist