Suspiciously claims to 'absolutely love' working for the VP, a notorious tyrant in the workplace

A funny thing happened over the weekend. David Gins, an employee in the office of Vice President Kamala Harris, appeared in a photograph wearing a walking boot after suffering what Gins described as a "sprained ankle." 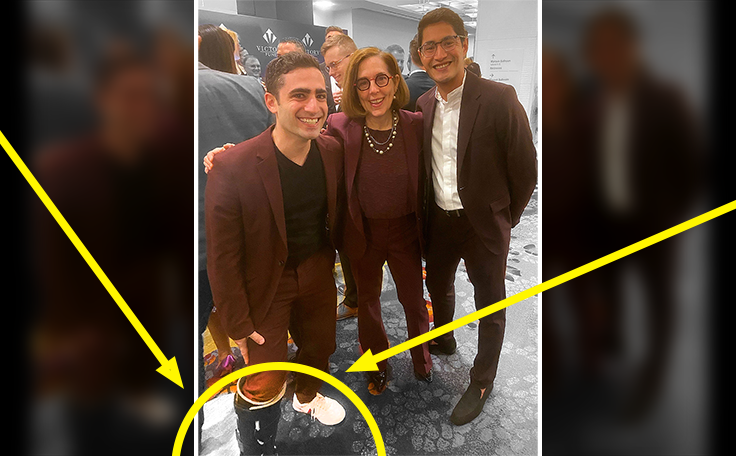 Hours later, Gins authored a suspicious post in which he claimed to "absolutely love" working for Harris, a notoriously temperamental boss prone to outbursts of anger. The two events are presumed to be related. 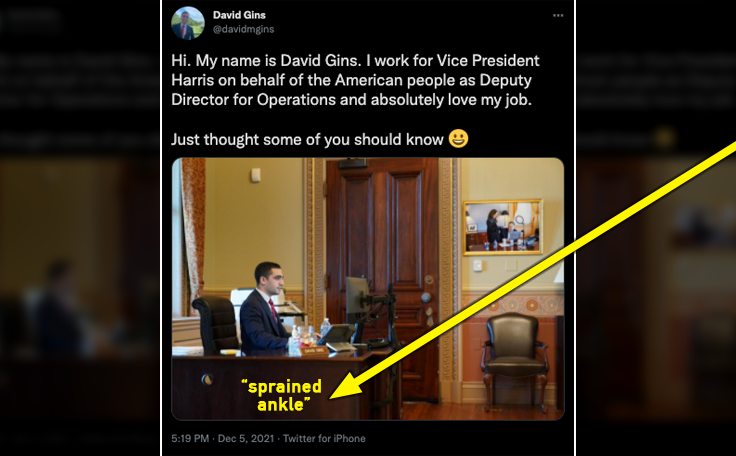 One former staffer recently told the Washington Post that working for Harris meant subjecting oneself to "a constant amount of soul-destroying criticism." A Washington Free Beacon analysis determined that Gins's post on Twitter could only have been written by a human being whose body and soul have been pummeled beyond recognition.

The post raises troubling questions about how Harris treats her staff and why they keep quitting their jobs. Four aides, including top communications officials Symone Sanders and Ashley Etienne, recently announced their departure in what is merely the latest example of dysfunction in the vice president's office.

The Free Beacon will continue to hold Democrats accountable for abusing their vulnerable employees.

Traumatized Ex-Harris Staffers Terrified at Thought of Her Becoming President