Hunter Biden will host a "late night" inaugural ball on Wednesday to celebrate his father's swearing in as the 46th President of the United States, the Washington Free Beacon has learned.

According to the official invitation, procured via sources on the dark web, the festivities will take place blocks from the White House at Archibald's, the celebrated D.C. institution where Hunter was suspected of smoking crack in 2018.

Archibald's employees reported that Hunter spent "thousands and thousands of dollars" in the club's VIP rooms and occasionally paid with "credit cards that didn’t have his name on it."

For those lucky enough to attend, the party is sure to be the talk of the town for weeks to come. 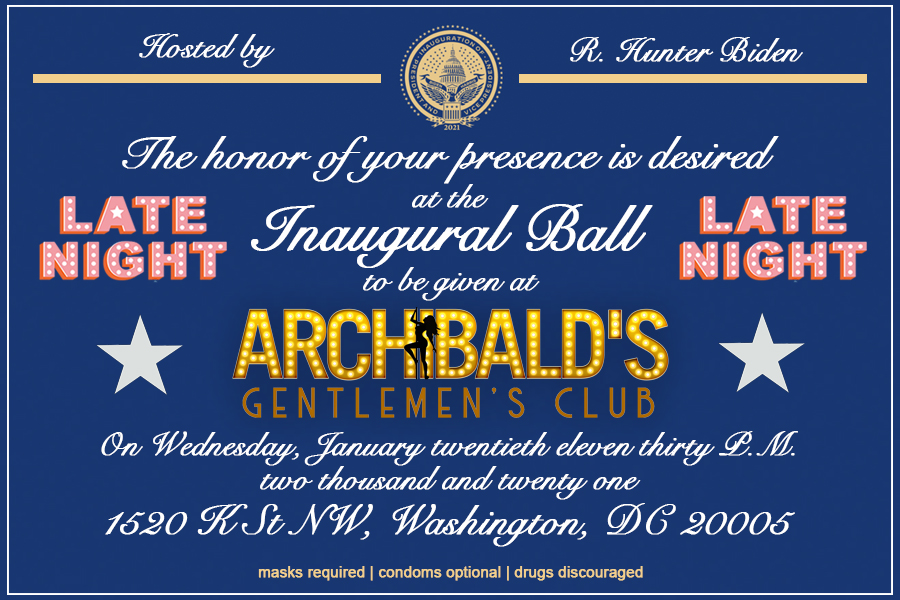