The coronavirus pandemic unleashed by China, and the ensuing shutdown of the global economy, looks to climate activists like a golden opportunity to convince skeptics that their goals are reasonable and easy to achieve.

Eric Holthaus, a self-described "ecosocialist" and user of the popular social networking website Twitter, was thrilled to announce that global carbon emissions are expected to fall by 6 percent this year, which would mark the biggest annual decline since World War II.

"We're doing it. It's possible!" wrote Holthaus, adding that the world would need to maintain these pandemic levels of economic shutdown "every year until 2030" to achieve the goals set by the Paris climate accords, which climate activists view as a good first step.

Holthaus argued that the Green New Deal, authored by celebrity congresswoman Alexandria Ocasio-Cortez (D., N.Y.), would play a vital role in helping the United States sustain these pandemic levels of economic inactivity, but without the mass unemployment. "We can build a better world for everyone out of the ashes of the old one," he wrote.

It's certainly a relief to know that the world envisioned by climate activists is possible and will only require the equivalent of a global economic shutdown for a mere 10 years to achieve, or at least to start.

It just goes to show that, despite his skepticism of global climate accord, President Donald J. Trump is on pace to be the most successful climate-change president in American history, far exceeding anything Barack Obama was able to accomplish. That's what courageous leadership can do. 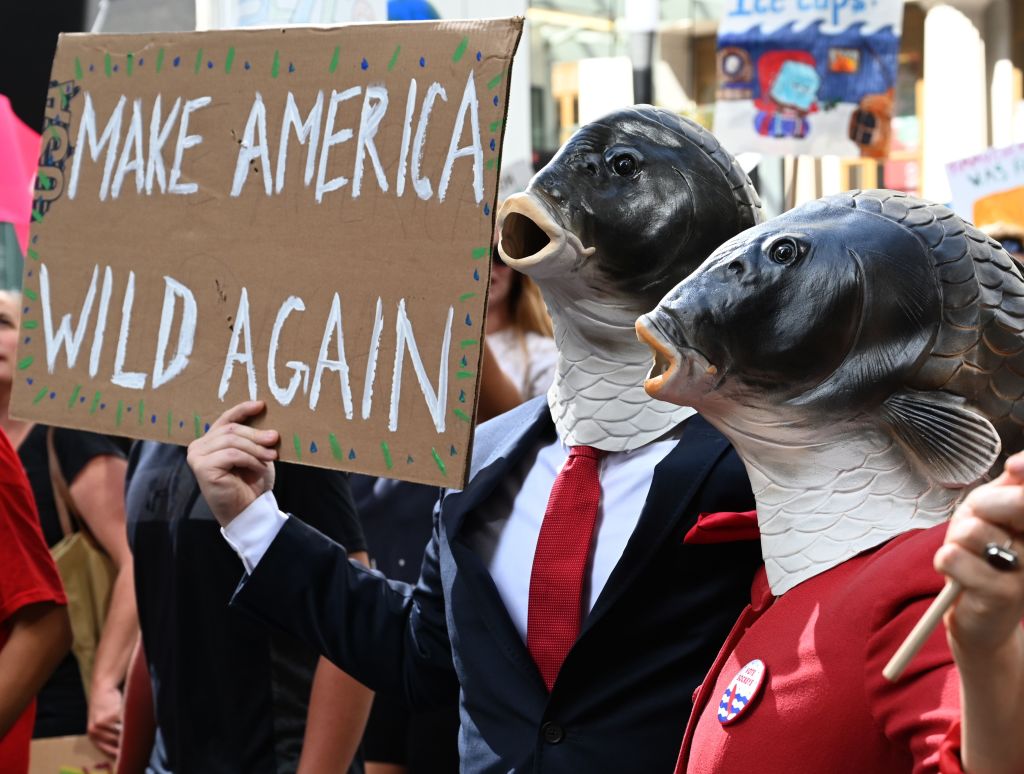