White House to Acosta: We Support a Free Press, But Also a Fair Press

White House press secretary Sarah Huckabee Sanders on Wednesday shut down an attempt by CNN correspondent Jim Acosta to insinuate the Trump administration did not support a free press.

Acosta, who recently claimed in a Variety interview that the president's frequent criticism of the media would result in a journalist getting hurt, attempted to incite a reaction from Sanders by asking if the administration considered itself a supporter of a free press.

"Are you trying to say this administration is a champion of a free press?" Acosta asked.

The press secretary didn't take the bait, saying the administration supported "a free press" but also a "fair press."

"We support a free press," Sanders said. "But we also support a fair press. I think that those things should go hand in hand."

Sanders elaborated on her belief that the press had a responsibility to report information and events accurately.

"There's a certain responsibility by the press to report accurate information," the press secretary said.

Acosta attempted to interrupt Sanders mid-statement, but she indicated she had more to say.

"I think a number of people in this room do that every single day. They do their very best to provide fair and accurate information," Sanders said. "We certainly support that and it is one of the reasons why I'm standing here taking your questions."

Sanders criticized Acosta and other members of the press for their approach in covering the administration, expressly the level of vitriol exhibited, which she said was doing nothing to further the national dialogue.

"And a lot of times [I'm] taking your questions in a tone that's completely unnecessary, un-needed, and frankly doesn't help further the conversation or help the American people get any more information in a better way, which is your job and my job and that's what I'm trying to do," she said.

Acosta has garnered a reputation for his vocal critiques of the Trump administration and for getting into tense exchanges with Sanders. In March, the CNN correspondent took to Twitter to express his frustration about not being called on by Sanders to ask a question during the daily briefing. 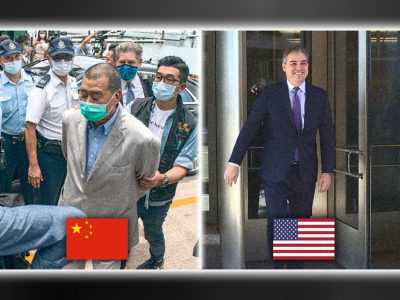